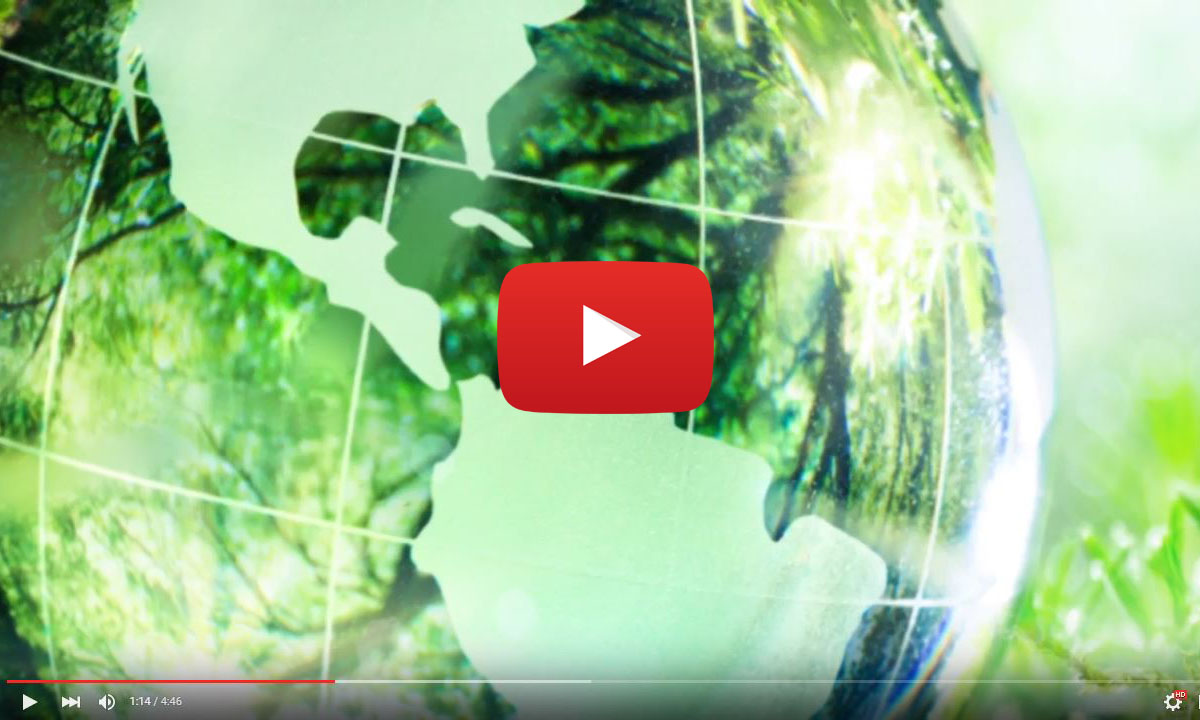 The international response to global climate change is a key policy concern of the 21st century. Governments around the world have reached a general consensus on the need to achieve large cuts in greenhouse gas emissions over the coming decades, to adapt to the impacts of climate change and to ensure the necessary financial and technical support for developing countries to take action. NEA Director‑General William D. Magwood, IV, and NEA experts explain the role of nuclear energy in combatting climate change within the 2oC (the "2DS") scenario. Watch the video here: youtu.be/Dtqw11m2c_Q.

The NEA at COP21: "Why the Climate Needs Nuclear Energy"

The Nuclear Energy Agency (NEA) and the International Atomic Energy Agency (IAEA) look forward to welcoming you at the 21st Conference of the Parties (COP21) of the UN Framework Convention on Climate Change (UNFCCC) during which they will be holding two side-events on "Why the Climate Needs Nuclear Energy". Visit the OECD Workspace in Blue Zone (Hall 3, Plot 7) on Thursday, 10 December, 13:15-14:45 and Friday, 11 December 2015, 11:15-12:45 where the events will take place to learn more about the contribution of nuclear energy to emissions abatement and sustainable development, and to pose your questions to the experts present.

NEA at the White House Summit on Nuclear Energy

On 23‑27 November 2015, the NEA Director‑General, William D. Magwood, IV, led a high‑level NEA visit to China. On this occasion, a seminar to discuss "Nuclear Energy Development post-Fukushima: Worldwide and in China" was organised by the China Atomic Energy Authority (CAEA) in co‑operation the China Nuclear Energy Association (CNEA). Bilateral meetings were held with the CAEA, the National Nuclear Safety Administration (NNSA), the National Energy Administration (NEA) and other major institutions and research institutes. Technical visits were made to the China Experimental Fast Reactor, the Haiyang nuclear power plant, the Shidaowan high‑temperature reactor and the future site of the CAP1400 in Rongchen. The NEA wishes to thank the CAEA for hosting the visit which enabled detailed exchanges of information and ideas, including on how to continue strengthening co‑operation in the future. 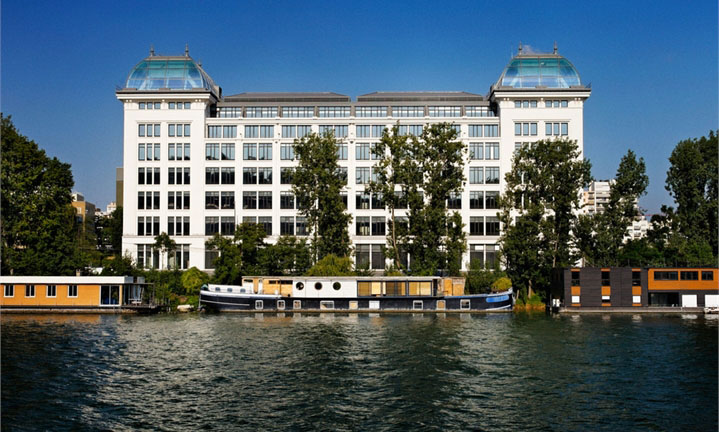 Reminder: the NEA is moving

On 9‑11 December 2015, the NEA will be relocating its offices from Issy‑les‑Moulineaux to Boulogne‑Billancourt, France. Web services will be unavailable during the three days of the move. The new office space will help provide improved service to the member countries, better synergies within the Agency and new amenities for employees. As from 14 December 2015, the NEA's new address will be 46, quai Alphonse Le Gallo, 92100 Boulogne‑Billancourt. All phone numbers and fax numbers will remain the same.

On 2-4 November 2015, the NEA held the first Metallic Component Margins under High Seismic Loads (MECOS) workshop, in co‑ordination with EDF and Géodynamique et Structure. The MECOS benchmark aims to quantify the margins in seismic analysis of piping components for high seismic loads, associated with existing design practices. The objective of this first workshop was to bring together MECOS benchmark participants to share their experiences and calculation results of their benchmark work. The first MECOS round robin investigates the fatigue ratcheting in the stainless steel elbow and piping system. The benchmark calculations are carried out against the seismic vibration tests done during the experimental programme by the Indian Bhabha Atomic Research Centre (BARC). During the workshop, seven teams shared their experiences and compared their calculation results against the detailed data on the tests results of the experimental programme of the BARC. As a result, more accurate methods and working procedures for continuing the benchmark calculations against the test results were agreed. The benchmark calculations will continue and the calculation procedures and results will be compared again in the next MECOS workshop in 2016.

The annual session of the NEA Forum on Stakeholder Confidence (FSC) was held on 4-6 November 2015. This year, participants focused on developing the Forum's new programme of work, which emphasises the concept of added value for radioactive waste disposals and stakeholder confidence in waste transportation. The group also discussed the upcoming FSC National Workshop and Community Visit, which will take place on 7-9 September 2016 in Switzerland and took stock of the recently issued "Stakeholder Involvement in Radioactive Waste Management Decision Making: Annotated Bibliography", as well as other forthcoming publications. At the meeting, the Chair of the FSC, Ms Holmfridur Bjarnadottir of the Swedish National Council for Nuclear Waste, was reappointed for a three-year mandate. In addition, Romania's Nuclear and Radioactive Waste Agency (ANDR) provided an overview of Romania's national radioactive waste management programme to the FSC. 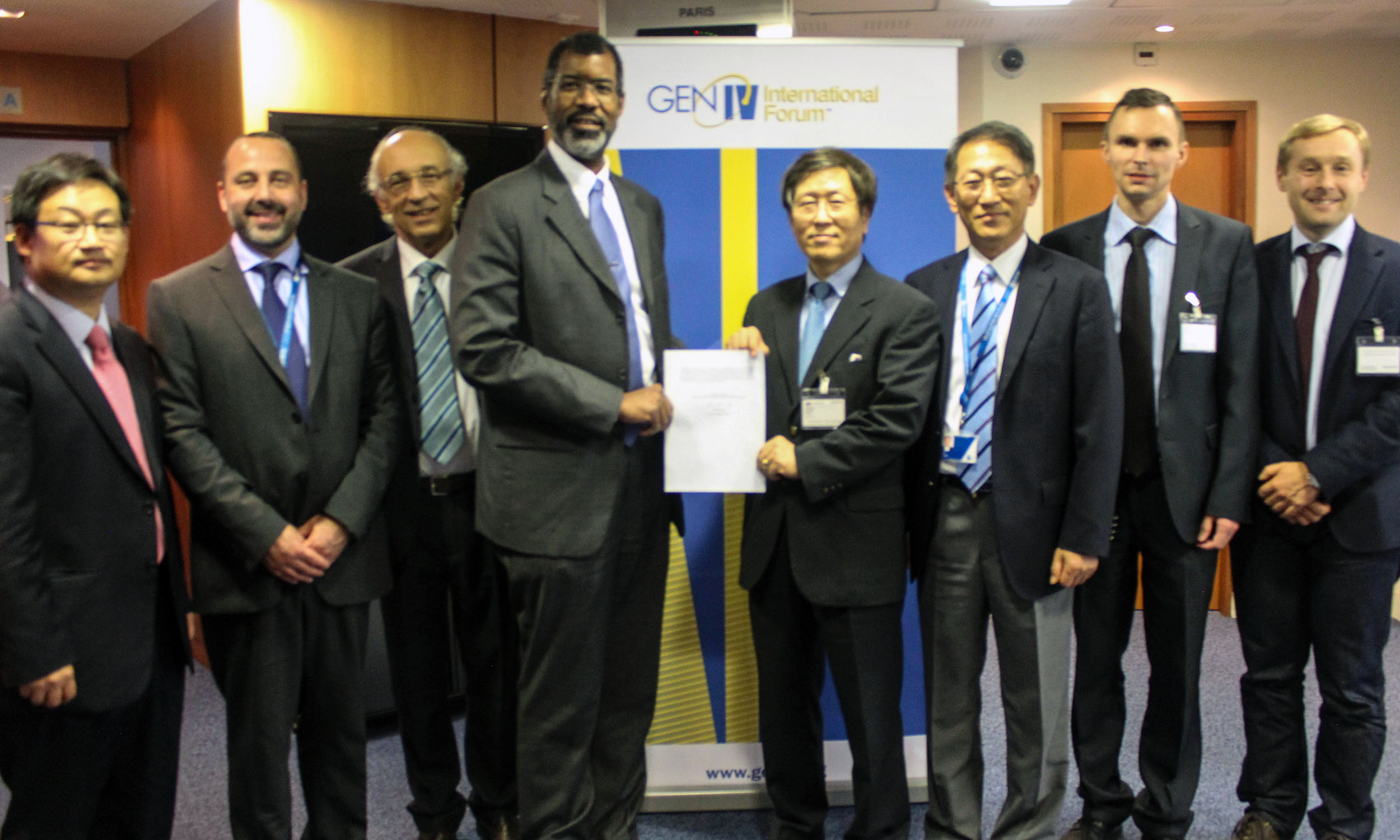 On 19 November 2015, Korea officially joined the provisional System Steering Committee which oversees the Lead-cooled Fast Reactor (LFR) R&D activities under a Memorandum of Understanding (MoU). This MoU was previously signed by Euratom, Japan and the Russian Federation. Korea's representative, Seoul National University (SNU), will contribute to the development of the LFR system with its expertise on materials, thermal‑hydraulics and neutronics. SNU is developing a very innovative design for a lead‑bismuth‑cooled small modular reactor called URANUS with passive safety features and high load‑following capabilities. Switzerland's Paul Scherrer Institute (PSI) also signed the MoU that oversees the development of the molten salt reactor (MSR) system on 20 November 2015, joining Euratom, France and Russia in their collaborative efforts to develop this Generation IV system. PSI has actively participated in GIF in the development of gas‑cooled reactor systems. 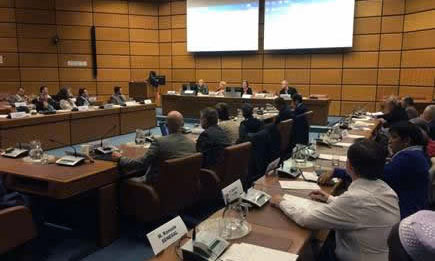 Uranium demand expected to increase in the long term

On 4-6 November 2015, the Joint NEA/IAEA Group on Uranium met in Vienna, Austria, with 48 delegates from 31 countries and representatives from the Euratom Supply Agency. In addition to reviewing progress on the 26th edition of Uranium: Resources, Production and Demand, delegates from some uranium‑producing countries reported that mine development plans were being delayed by unfavourable market conditions. However, a review of nuclear development policies and new build plans continues to point to growth in global nuclear generating capacity through to 2035, particularly in Asia. Despite nuclear power phase‑out policies in some European countries, uranium demand is expected to increase over the longer term. 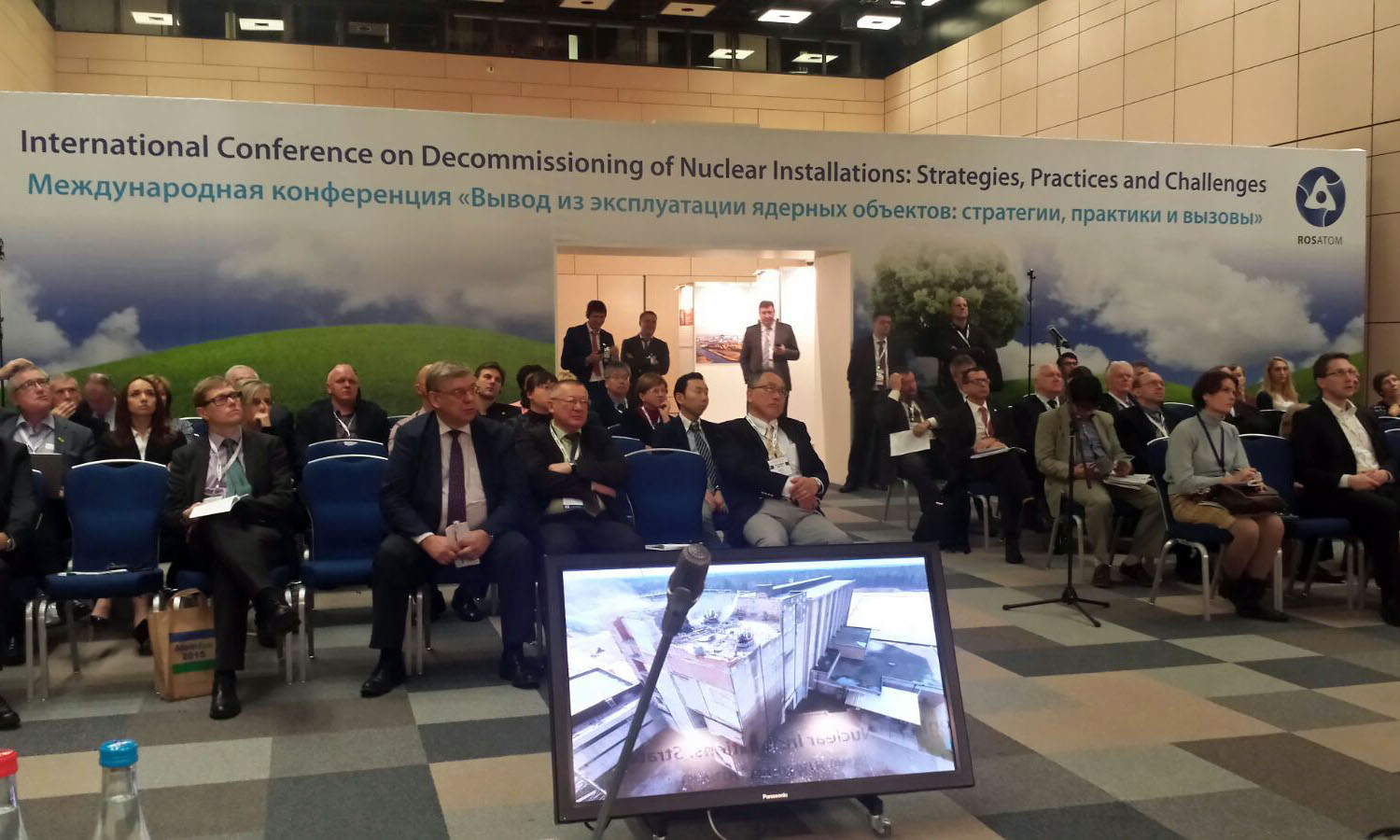 On 9-11 November 2015, the NEA organised the International Conference on Decommissioning of Nuclear Installations: Strategies, Practices and Challenges with the support of the Russian State Corporation, Rosatom, and in parallel to AtomEco in Moscow, Russian Federation. Session 1 provided an overview of national strategies and approaches in decommissioning from different points of view. The management of irradiated graphite was once again highlighted as an area where international R&D and co‑operation is needed. Session 2 followed with an exploration of technical challenges and solutions related to decommissioning and dismantling. The third session focused on the roles and expectations of different stakeholder groups present at the conference, including a staff association, regulatory bodies, a local administration and an environmental organisation from Russia and Sweden. Overall, country and stakeholder comparisons indicated that the awareness of stakeholder identity and respect towards other stakeholders' roles can be key factors for successful interaction during decommissioning projects. Participants concluded that successful approaches are anchored in the national culture and cannot be copied from one country to another. The conference ended with a technical visit to Obninsk nuclear power plant.

Decommissioning and dismantling of nuclear facilities

On 23-25 November 2015, the NEA Working Party on Decommissioning and Dismantling (WPDD) met with its four expert groups which reported on their activities, including on the status of a forthcoming report on "Strategic Considerations for the Sustainable Remediation of Nuclear Installations during Decommissioning" which is expected to be issued in 2016. Participants focused primarily on the interest and needs of NEA member countries in decommissioning and the future programme of work of the WPDD, and identified a cost analysis of decommissioning from various viewpoints as a key theme. Other topics discussed included knowledge management and transfer. In a topical session about "extended and deferred decommissioning", experts from different organisations presented approaches and decommissioning strategies to meet the requirements and boundary conditions mainly set by radioactive waste management. Strategies for optimising the management of low‑level radioactive waste and materials will be addressed by a new WPDD expert group, which will be established in 2016. The NEA also informed the participants about a possible new joint project on management and disposal of irradiated graphite.

30 years of exchange on decommissioning projects

On 25‑27 November 2015, the Management Board of the NEA Co‑operative Programme for the Exchange of Scientific and Technical Information Concerning Nuclear Installation Decommissioning Projects (CPD) convened its annual meeting. This year the CPD celebrated its 30th anniversary. This joint undertaking of decommissioning project owners was launched in 1985 with ten decommissioning projects from seven countries. Today the programme is comprised of 66 decommissioning projects from 25 organisations and 15 countries. The meeting began with unique presentations by a long‑time programme member and another programme supporter who discussed the history, achievements and role of the CPD. During the meeting, the A.A. Bochvar High‑Technology Scientific Research Institute for Inorganic Materials (VNIINM) was accepted in the CPD along with a second decommissioning project by BelgoProcess. The CPD Management Board underlined the importance of a programme that provides a confidential platform for information sharing on operational experiences in decommissioning nuclear installations, especially one which can assist current and future projects.

On 16-19 November 2015, the International System on Occupational Exposure (ISOE) held three major annual meetings with its Management Board, Extended Bureau and Working Group on Data Analysis (WGDA). Participants reviewed the status of official participation, including the new membership of authorities from the United Arab Emirates and Belarus. The draft ISOE Strategic Programme Plan was presented to participants, together with the amended ISOE Terms and Conditions for 2016-2019. The Terms of Reference for the WGDA were also revised accordingly. Other major topics discussed included a review and assessment of the 2015 Consolidated ISOE Technical Centres' Performance Indicators Report, the status of ISOE data collection and a review of data completeness, recent and proposed modifications of the network website, publication of the ISOE country and annual reports, and the draft programme of work for the next period. 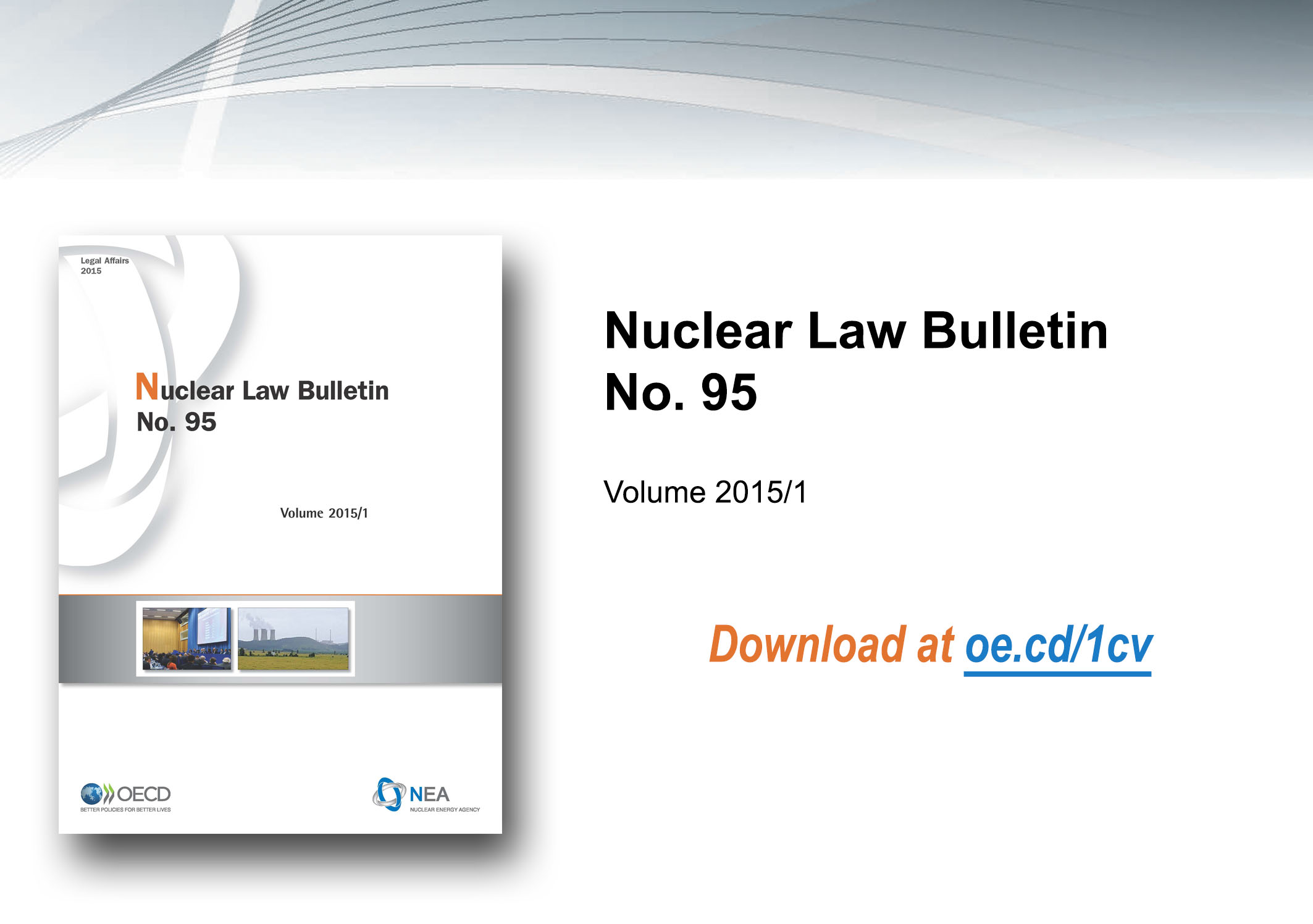 The NEA has updated, in co‑ordination with the Delegation of Denmark to the OECD, the report on the Regulatory and Institutional Framework for Nuclear Activities in Denmark. The NEA country reports provide comprehensive information on the regulatory and institutional framework governing nuclear activities in OECD and NEA member countries. Each country profile provides a detailed review of a full range of nuclear law topics, including: mining regime; radioactive substances; nuclear installations; trade in nuclear materials and equipment; radiation protection; radioactive waste management; non-proliferation and physical protection; transport; and nuclear third party liability. The report on Denmark is available for download at oe.cd/197. See other country reports at oe.cd/1ay. 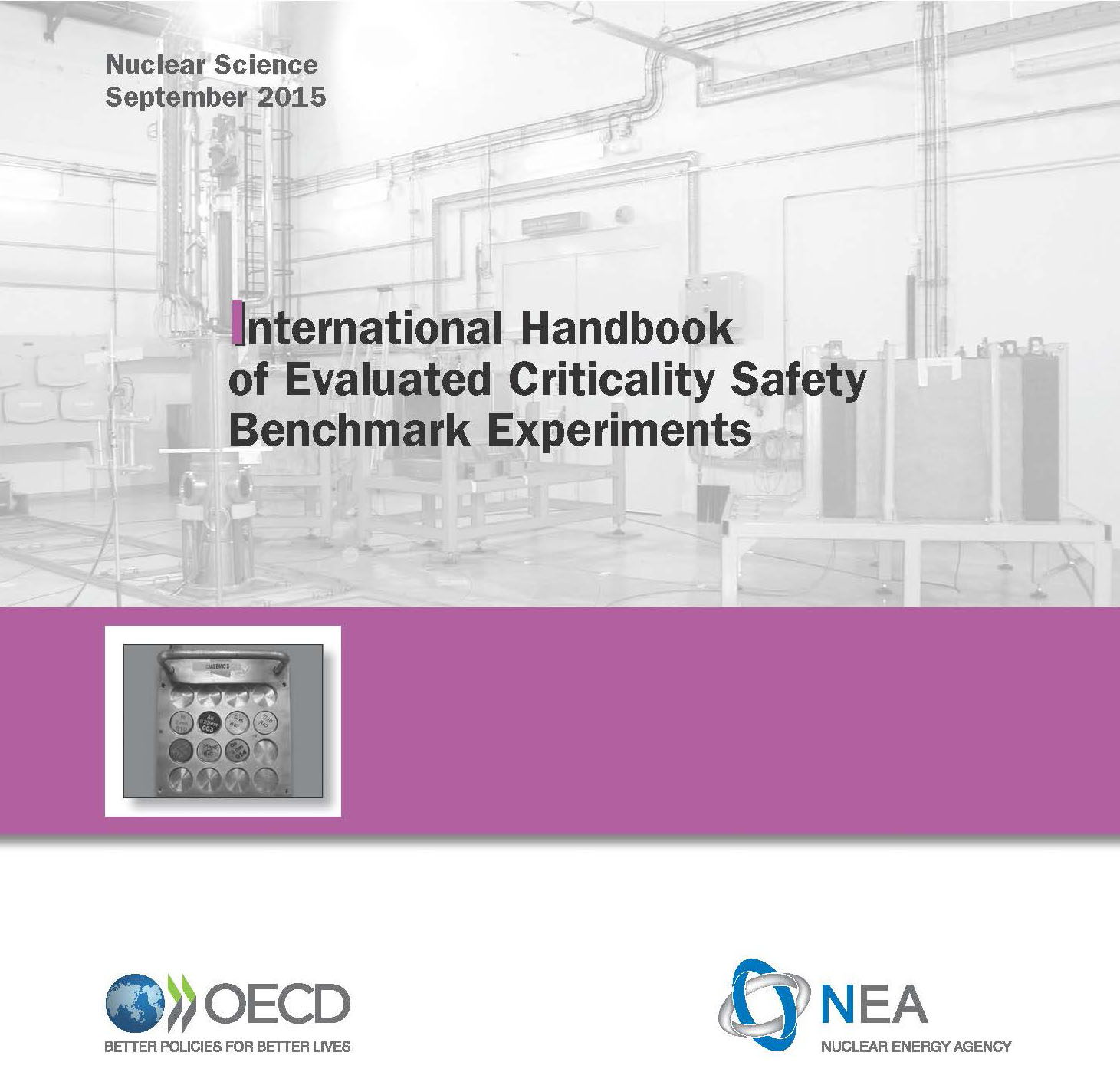 The 2015 edition of the International Handbook of Evaluated Criticality Safety Benchmark Experiments presents evaluated criticality safety benchmark data in nine volumes that span over 69 000 pages. The handbook contains 567 evaluations with benchmark specifications for 4 874 critical, near‑critical or subcritical configurations, 31 criticality alarm placement/shielding configurations with multiple dose points for each, and 207 configurations that have been categorised as fundamental physics measurements that are relevant to criticality safety applications. Requests to obtain the DVD or online access should be made by completing the online Handbook Request Form. The handbook also includes an updated version of the Database for the International Criticality Safety Benchmark Evaluation Project (DICE).