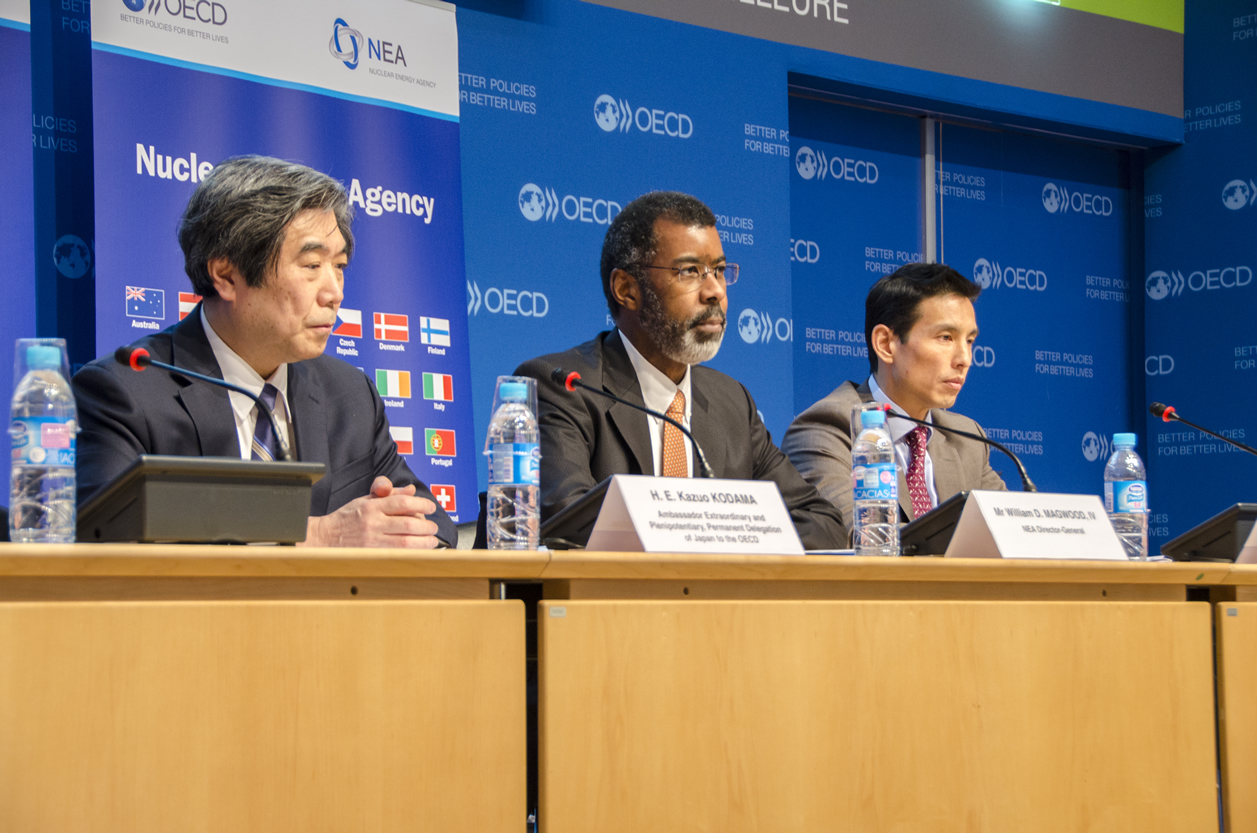 On 29 February 2016, the NEA held a live webcast and press conference for its latest report on Five Years after the Fukushima Daiichi Accident: Nuclear Safety Improvements and Lessons Learnt. Opening remarks were delivered by his Excellency Ambassador Kazuo Kodama, Permanent Representative of the Delegation of Japan to the OECD, and Mr William D. Magwood, IV, NEA Director‑General. A detailed presentation was then given on the report's main findings and key messages, followed by a question and answer session. If you missed the live webcast, you can watch the video recording at oe.cd/1hw. 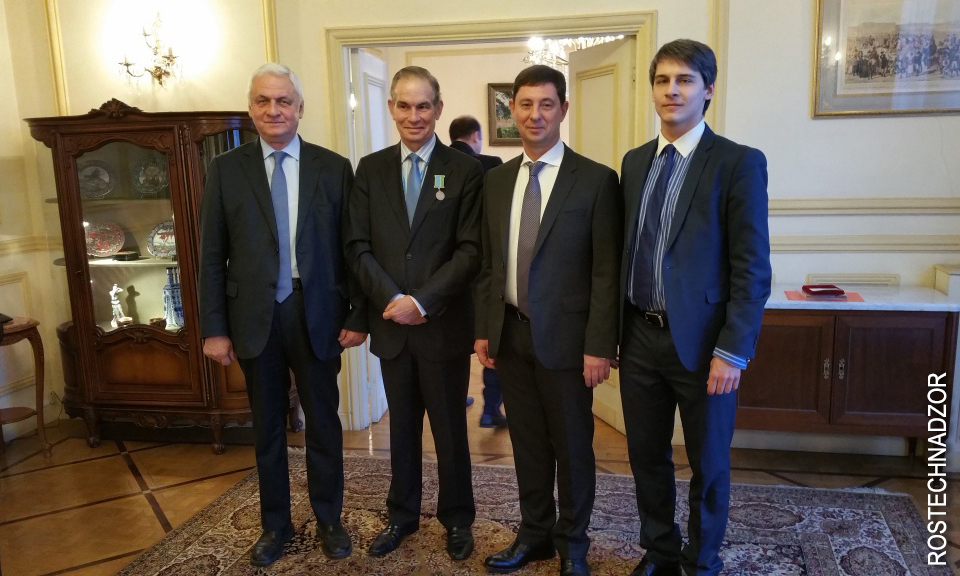 Mr Javier Reig, former Head of the NEA Division of Nuclear Safety Technology and Regulation, was awarded with the Alexandrov medal at a ceremony hosted by the Embassy of the Russian Federation in France on 11 February 2016. The medal was presented by Dr Alexey Ferapontov, Deputy Chairman of Rostechnadzor, in the presence of His Excellency Ambassador Alexander Orlov. The honour was awarded in recognition of the significant contributions Mr Reig has made through his work at the NEA to the establishment and development of dynamic relations between the Russian Federation and the NEA. 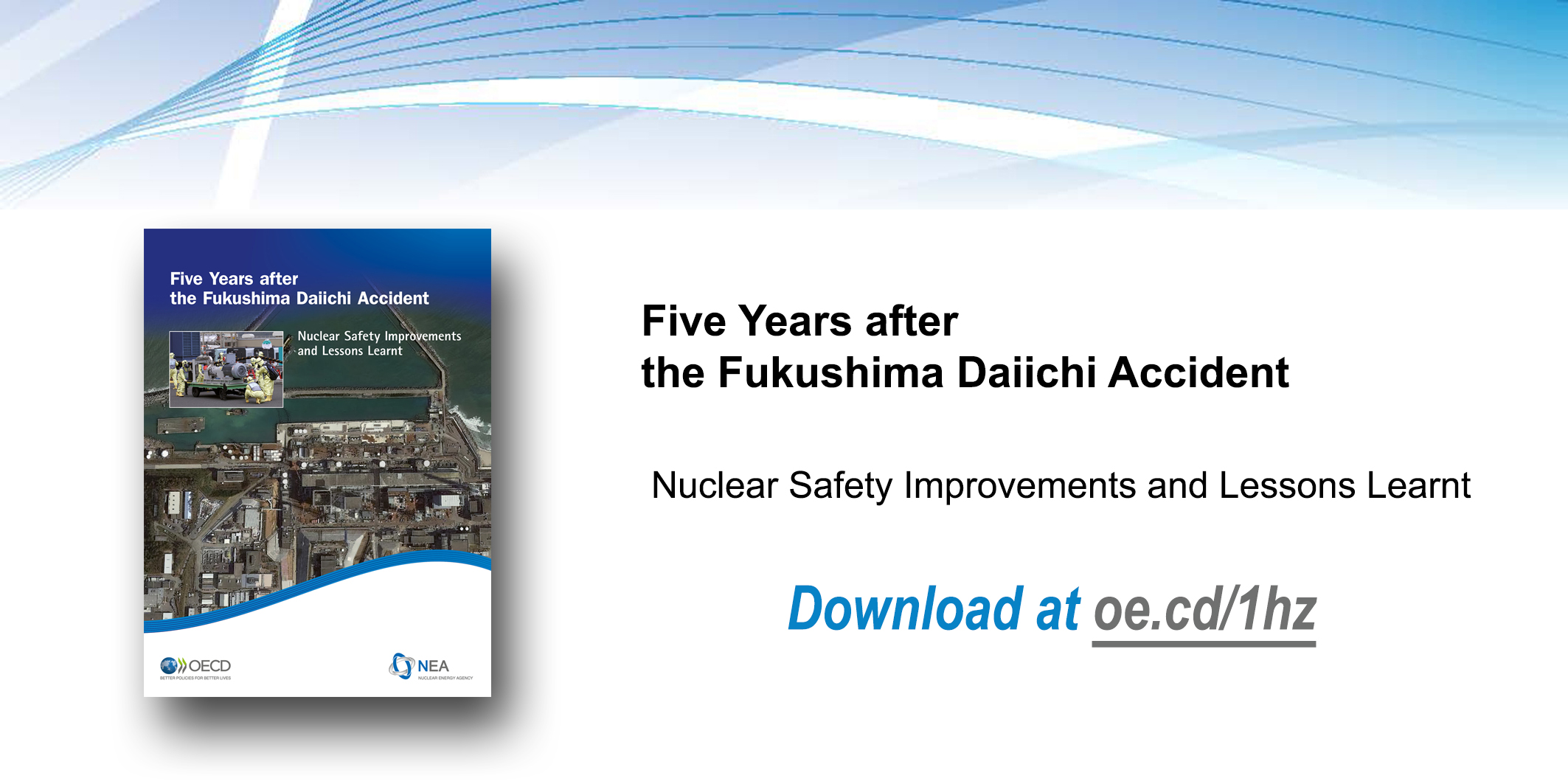 External events and the safety of nuclear installations

On 24‑26 February 2016, the NEA Working Group on External Events (WGEV) organised a workshop on Severe Weather and Storm Surge. The objective of the workshop was to review and discuss current national regulatory approaches to the assessment of severe weather events and protection, and technical methods for assessing risk and the effectiveness of preventative measures. The workshop was attended by over 40 experts from 10 countries and representatives from the European Commission (EC) and the World Meteorological Organization (WMO). Participants discussed several technical areas, including regulatory objectives and approaches to accomplish those objectives, severe weather assessment and societal impact (protecting people and infrastructure), and informing the nuclear regulatory process through gap analysis. Commendable practices, challenges and gaps that were identified during the workshop, as well as recommendations for further work, will be summarised in the workshop proceedings. 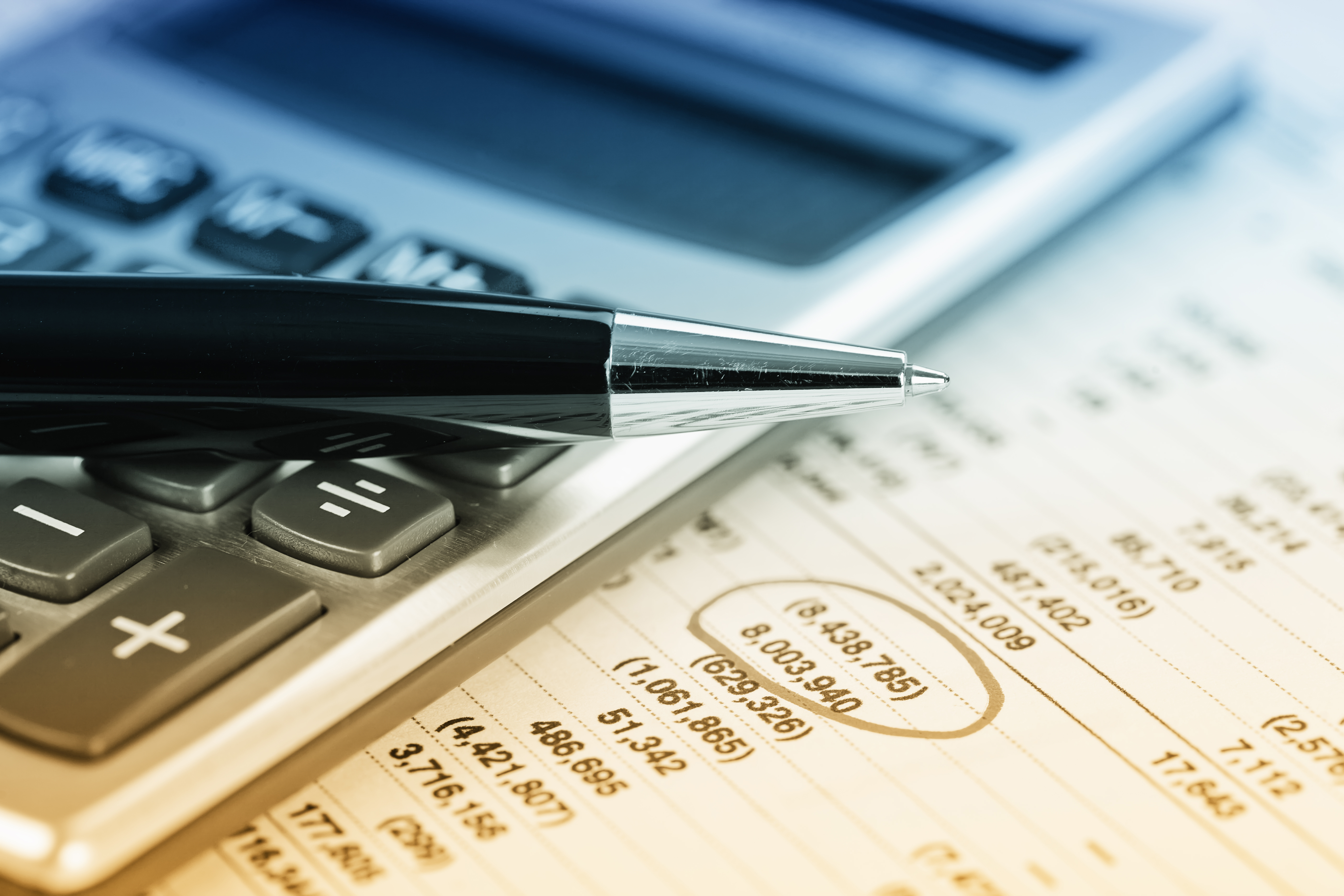 Nuclear energy's role in the 21st century: addressing the challenge of financing

The International Framework for Nuclear Energy Cooperation (IFNEC) and the NEA will organise a conference on the financing of nuclear power plant projects on 11‑12 May 2016 in Paris, France. Investment in clean energies, including nuclear power, creates opportunities to reduce fossil fuel dependence, promote energy security and foster innovation. However, new nuclear build projects face a number of barriers, including high upfront costs, high perceived risk and long investment timelines. The situation is exacerbated by weak carbon pricing, lack of predictable and stable policy and regulatory environment, electricity market deficiencies and high financing costs. The conference, by invitation only, will convene leading stakeholders from energy planning authorities, regulators and export credit agencies, as well as vendors, utilities, bankers, rating agencies and insurers, to identify key barriers and develop implementable approaches to address the financing of nuclear projects. For additional information or to request an invitation, please see the IFNEC website.

On 2-3 February 2016, the NEA Expert Group on Waste Inventorying and Reporting Methodology (EGIRM) held a meeting in Rome, Italy, to discuss its final project report. The group developed a common methodology for presenting national radioactive waste and spent fuel inventories, and reflecting the various national management strategies. Six NEA member countries applied this methodology in managing their waste inventories in order to test its usefulness. Their feedback, along with the comments provided by two other organisations, improved the methodology, which at present only focuses on spent fuel and reprocessed radioactive waste. In the next phase of the project, the expert group plans to extend this revised methodology to incorporate other types of radioactive waste, as well as to further harmonise it with other international reporting requirements. 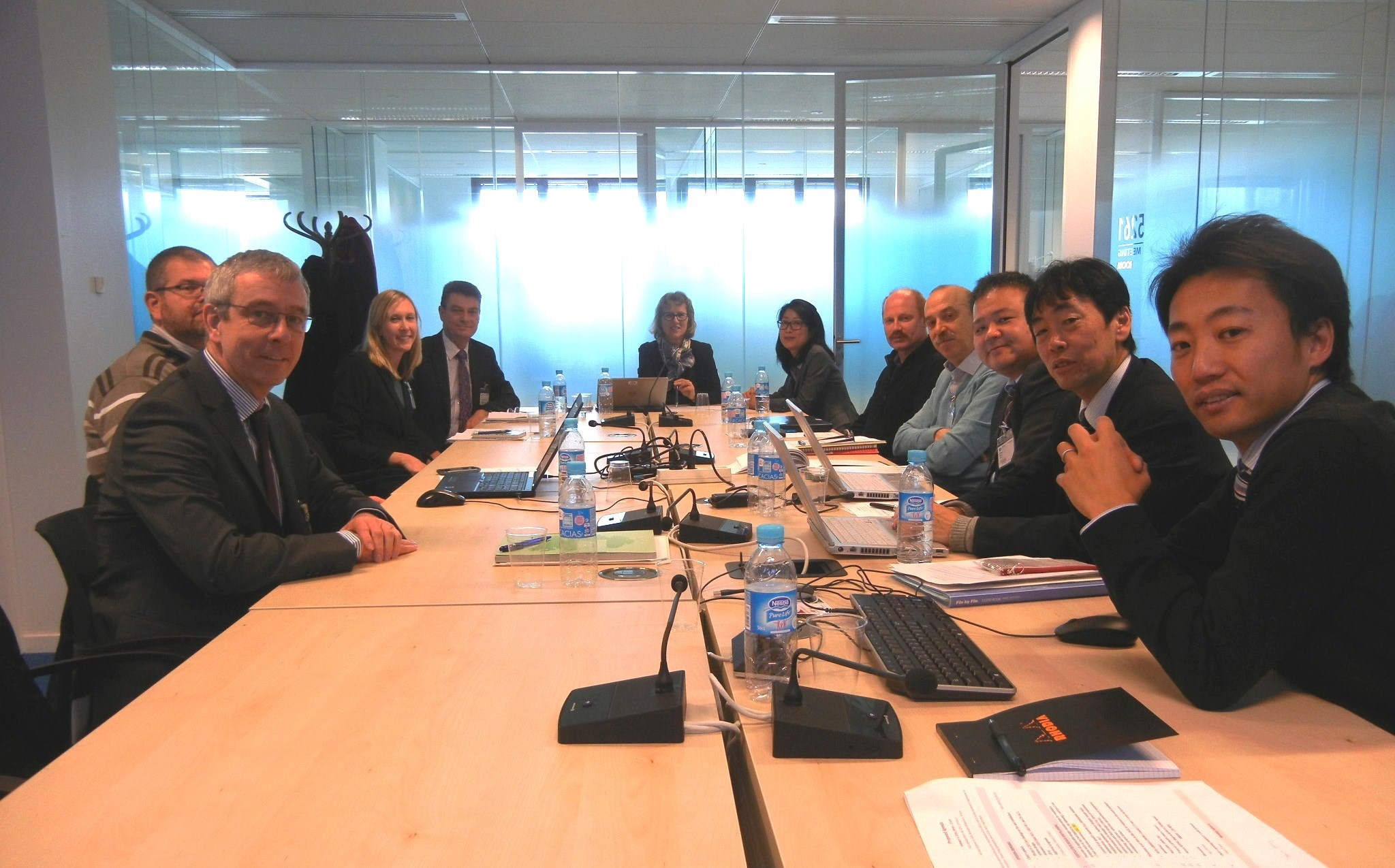 On 3-4 February 2016, the NEA Expert Group on Operational Safety (EGOS) held two technical meetings to discuss the on-site transfer of radioactive waste and waste emplacement in geological repositories, as well as fire risk management and design and operation of ventilation systems. The group discussed the full-scale demonstration experience to date and best practices for on-site radioactive transfers, and exchanged technical knowledge in managing foreseeable difficulties and challenges. In the second meeting, the expert group focused on the detailed designs and operations of ventilation systems that are currently planned in EGOS participating countries. Key outstanding issues have been identified and will be further examined in a joint NEA/IAEA workshop which will take place in June 2016.

Planning and preparation for decommissioning

On 16-18 February 2016, the NEA organised the International Symposium on Preparation for Decommissioning in Lyon, France, in co-operation with the International Atomic Energy Agency (IAEA), Électricité de France (EDF), the French Alternative Energies and Atomic Energy Commission (CEA), Areva and Studsvik. The symposium was attended by over 230 participants who discussed diverse issues related to preparation for decommissioning and radiological characterisation, including general decommissioning strategies, workforce transition, flexibility and knowledge management, relations between the regulator and the industry, and important parameters for efficient and cost-effective waste management. It was concluded that a stable regulatory framework is essential for a robust decommissioning programme. It was also underlined that a decommissioning project needs to remain flexible to react to unexpected situations. Participants agreed that international experience exchange provides a better understanding of decommissioning, its associated challenges and optimisation opportunities. All symposium papers and presentations are available at oe.cd/1hV

A unique international platform for reflecting on the conservation of information over millennia, the NEA initiative on the Preservation of Records, Knowledge and Memory (RK&M) across Generations held its 10th meeting on 23-25 February 2016. In this meeting, the expert group started to design its final report which will summarise all project outcomes. Participants decided to base the report on the project framework and record management system evolutions. The report will illustrate key knowledge management concepts and how RK&M preservation methods and processes are developed. Above all, a systemic approach to the capture, structuring, management and subsequent dissemination of knowledge that has been rendered explicit will be a central part of this report. Other key topics to be discussed in the report include i) archives that act as resources documenting historical and cultural purposes, ii) markers and time capsules which maintain the awareness of geological repositories, iii) international mechanisms that preserve RK&M, iv) cultural heritage which reflects and preserves cultures, memory and knowledge, and v) the Key Information File (KIF) and the Set of Essential Records that various national radioactive waste management programmes currently maintain. 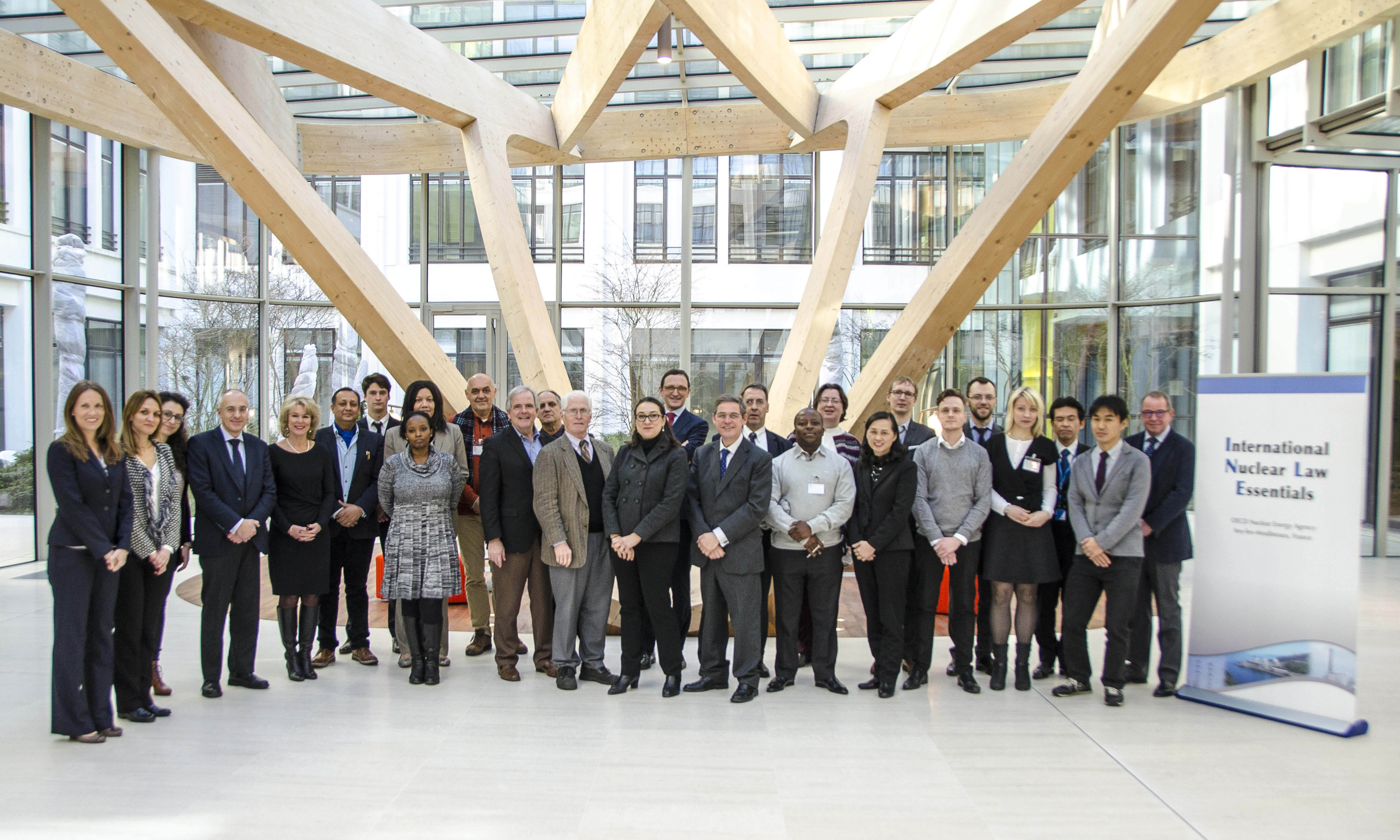 The fifth session of the NEA International Nuclear Law Essentials (INLE) course was held on 15‑19 February 2016 at the new NEA offices in Boulogne‑Billancourt, France. The INLE is an intensive, one‑week programme that offers participants from both the public and private sectors an in‑depth look at nuclear energy from an international law perspective. This year's INLE programme brought together a diverse international group of professionals from 13 NEA member and non‑member countries to learn more about the international nuclear law framework, as well as the major issues affecting the peaceful uses of nuclear energy. A total of 23 lecturers from the NEA, the International Atomic Energy Agency (IAEA), nuclear regulatory authorities and the private sector presented a series of master lectures on topics related to nuclear safety, security, non‑proliferation and liability. NEA Director‑General William D. Magwood, IV, and Chairman Stephen G. Burns of the US Nuclear Regulatory Commission (NRC) were both among the lecturers who spoke during the week.

The NEA Working Party on Scientific Issues of the Fuel Cycle (WPFC) held its annual meeting on 3 February 2016 to review the progress of activities in each WPFC expert group. Participants noted recent highlights, including the release of the Handbook on Lead-bismuth Eutectic Alloy and Lead Properties, Materials Compatibility, Thermal-hydraulics and Technologies: 2015 Edition, which was prepared by the NEA Expert Group on Heavy Liquid Metal Technologies (EGHLM). This expert group has been replaced by the NEA Expert Group on Liquid Metal Technology (EGLM), which includes in its work plan activities related to liquid sodium technology. Participants at the meeting also discussed the current expert group activities that are being finalised and the reports that are planned to be issued in 2016.