Encouraging female scientists of the future

Encouraging female scientists of the future was the focus of the international mentoring workshop held on 25‑26 July 2017 by the NEA, in co‑operation with Japan's National Institutes for Quantum and Radiological Science and Technology (QST). The two‑day workshop took place in conjunction with QST's first International Symposium "Quantum Life Science" in Chiba, Japan. The primary participants in the workshop were 55 female high school students, accompanied by 16 teachers from various cities in Japan. The event provided the students with a rare opportunity to interact with seven highly accomplished female mentors to talk about their future careers in science and engineering. During the two-day workshop, the mentors exchanged their real-life experiences and shared valuable advice and insight with the students. Discussions addressed the difficulties faced by women professionals in many parts of the world and the steps that can be taken to support young women who aspire to become science and technology professionals. Read more

On 5‑7 July 2017, a preliminary meeting for the NEA Preparatory Studies on Fuel Debris Analysis (PreADES) Project was held in Tomioka, Fukushima, Japan. The PreADES Project was proposed by the Nuclear Regulation Authority (NRA) of Japan and the Japan Atomic Energy Agency (JAEA) as a follow-up project of the NEA Senior Expert Group on Safety Research Opportunities Post‑Fukushima (SAREF), reflecting the recommendations in the SAREF report issued in February 2017. Participants discussed the draft programmes for the proposed research projects focusing on fuel debris characterisation, as well as on a future R&D framework for fuel debris analysis. Based on the suggestions and comments made at the meeting, the project proposals will be revised and prepared for the next steps. 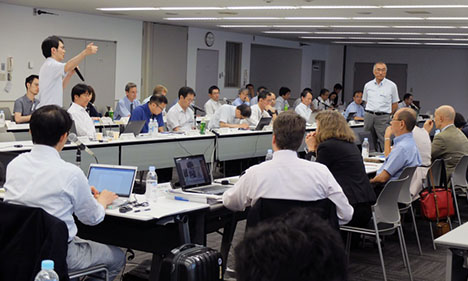 On 10-14 July 2017, the NEA Benchmark Study of the Accident at the Fukushima Daiichi Nuclear Power Station (BSAF) Project organised its Programme Review Group meeting and a two-day a joint session with the PreADES Project meeting participants. Currently in its second phase, the project is aimed at improving severe accident codes, analysing the accident progression and the current status of units 1 and 3 of the Fukushima Daiichi nuclear power plant, and providing useful information for the decommissioning strategy planning of these units. The objective of the joint session was to discuss updates on the decommissioning operations at the Fukushima Daiichi site, as well as estimation and evaluation of fuel debris property and distribution. Representatives from the Ministry of Economy, Trade and Industry, the Nuclear Damage Compensation and Decommissioning Facilitation Corporation (NDF), JAEA and Tokyo Electric Power Company Holdings, Inc. (TEPCO) gave presentations on the integrated evaluation of fuel debris and fission products remaining inside the primary containment vessel of each of the three units. The session also featured interactive discussions on ongoing BSAF work on computer-code analysis. 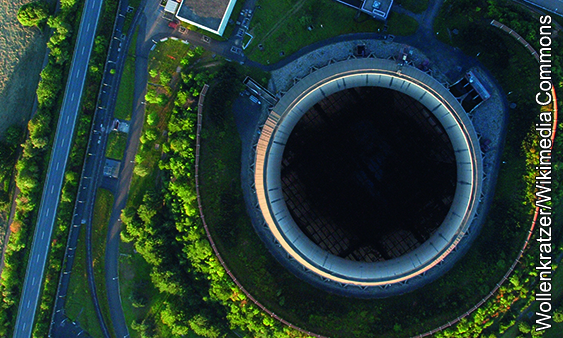 Based on the results of a very well-attended international workshop on "Advanced Reactor Systems and Future Energy Market Needs" that took place in April 2017, the NEA has embarked on a two-year study with the objective of analysing evolving energy market needs and requirements, as well as examining how well reactor technologies under development today will fit into tomorrow’s low-carbon world. The NEA Expert Group on Advanced Reactor Systems and Future Energy Market Needs (ARFEM) held its first meeting on 5-6 July 2017 with experts from Canada, France, Italy, Japan, Korea, Poland, Romania, Russia and the United Kingdom. The outcome of the study will provide much needed insight into how well nuclear can fulfil its role as a key low-carbon technology, and help identify challenges related to new operational, regulatory or market requirements. Read more about advanced reactors and future energy market needs in the latest issue of NEA News: oe.cd/NEA-35-1 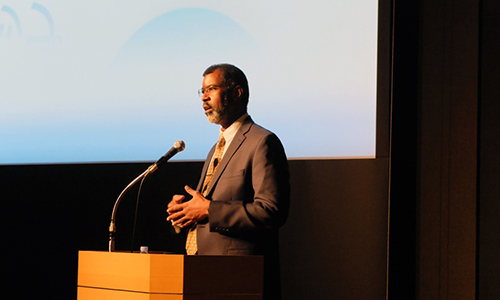 Decommissioning of nuclear facilities: the work ahead and how to succeed

On 30 June 2017, NEA Director-General William D. Magwood, IV, delivered a keynote speech at the International Workshop on Decommissioning of Nuclear Power Plants, which took place in Tokyo, Japan, with more than 400 participants including international and Japanese experts, representatives from the Government of Japan and students in the area of decommissioning and radioactive waste management. The workshop aimed to inform Japanese utilities and competent authorities about worldwide efforts in the optimisation of decommissioning, to share experiences and knowledge, and to discuss solutions for different challenges in each country. During his speech, Mr Magwood addressed the latest status of international experiences in decommissioning of nuclear facilities and highlighted key elements for successful decommissioning and considerations for the future.

New report: Recycling and Reuse of Materials Arising from the Decommissioning of Nuclear Facilities

Large quantities of materials arising from the decommissioning of nuclear facilities are non-radioactive. An additional, significant share of materials is of very low-level or low-level radioactivity and can, after having undergone treatment and a clearance process, be recycled and reused in a restricted or unrestricted way. Recycle and reuse options today provide valuable solutions to minimise radioactive waste from decommissioning and at the same time maximise the recovery of valuable materials. The NEA Co-operative Programme on Decommissioning (CPD) prepared this overview on the various approaches being undertaken by international and national organisations for the management of slightly contaminated material resulting from activities in the nuclear sector. The report draws on CPD member organisations’ experiences and practices related to recycling and reuse, which were gathered through an international survey. It provides information on improvements and changes in technologies, methodologies and regulations since the 1996 report on this subject, with the conclusions and recommendations taking into account 20 years of additional experience that will be useful for current and future practitioners. Case studies are provided to illustrate significant points of interest, for example in relation to scrap metals, concrete and soil. 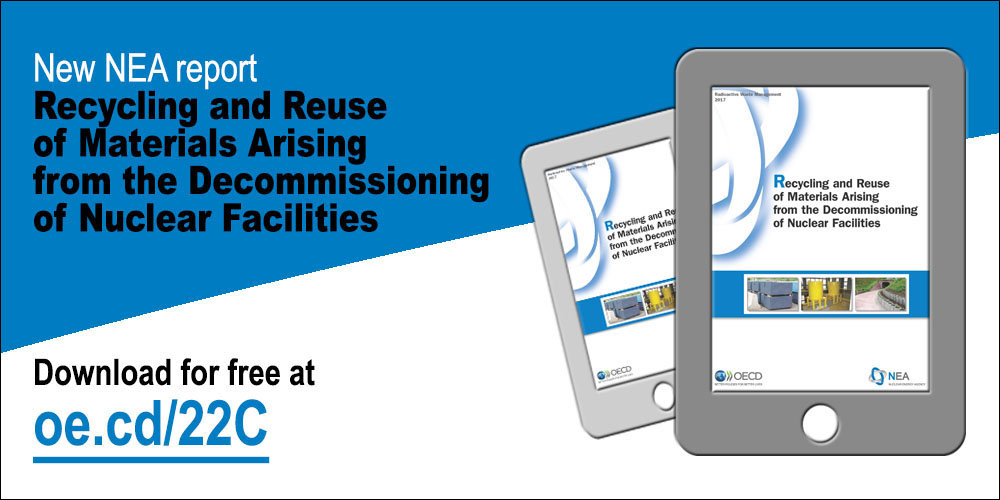 All national radioactive waste management authorities recognise today that a robust safety case is essential in developing disposal facilities for radioactive waste. To improve the robustness of the safety case for the development of a deep geological repository, a wide variety of activities have been carried out by national programmes and international organisations over the past years. The NEA, since first introducing the modern concept of the "safety case", has continued to monitor major developments in safety case activities at the international level. This sourcebook summarises the activities being undertaken by the NEA, the European Commission (EC) and the IAEA concerning the safety case for the operational and post-closure phases of geological repositories for radioactive waste that ranges from low-level to high‑level waste and for spent fuel. In doing so, it highlights important differences in focus among the three organisations. 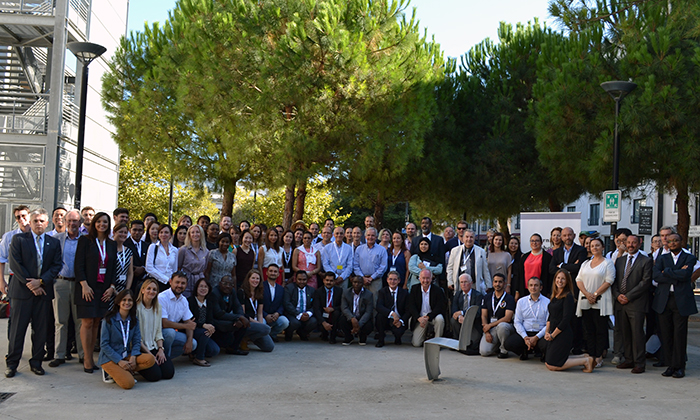 The 17th session of the NEA International School of Nuclear Law (ISNL) was held from 21 August to 1 September 2017 in Montpellier, France, bringing together a diverse group of graduate students and professionals from across the world to learn more about the legal framework and major issues affecting the peaceful uses of nuclear energy. Organised by the NEA and the University of Montpellier, the ISNL is a unique educational programme that offers participants from the academic, private and governmental sectors an in-depth look at international nuclear law, focusing on areas such as nuclear safety, environmental law, security, safeguards and nuclear liability. This year's session was attended by 64 participants from 40 countries, including numerous non‑NEA member countries, many of whom received support to attend the ISNL from the IAEA, which also provided several lecturers. The ISNL has attracted since 2001 nearly 900 participants worldwide from an increasingly diverse range of countries, many of whom are now experts in the nuclear law field.