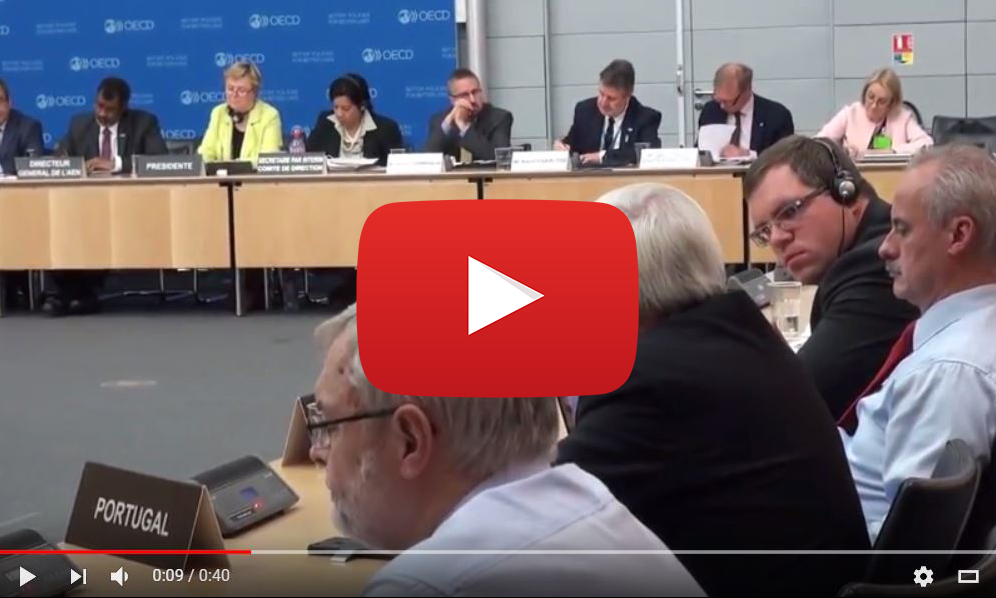 On 24-25 October 2017, Argentina and Romania sent their first delegations to the meeting of the Steering Committee for Nuclear Energy, the highest decision‑making body at the NEA in which all 33 member countries are represented. Meeting highlights included a presentation on the NEA International Workshop in Science and Engineering, a discussion on the consideration of the implementation of the Preparatory Study on Analysis of Fuel Debris (PreADES) and a policy debate on the importance of a reliable supply of vital medical radioisotopes. At the end of the first day, an event marking Argentina's and Romania's first participation was organised with Steering Committee members. Statements were delivered by NEA Director‑General William D. Magwood, IV, Steering Committee Chair Dr Marta Žiaková, Minister Darío Celaya Alvarez, Chargé d´Affaires of the Embassy of Argentina in France, and Mr Horia Grama, President – State Secretary, Nuclear Agency and for Radioactive Waste, Ministry of Economy, Romania. Speakers emphasised the mutual benefit that the accessions will bring to the accession countries and the NEA membership. Read more about the accessions here. 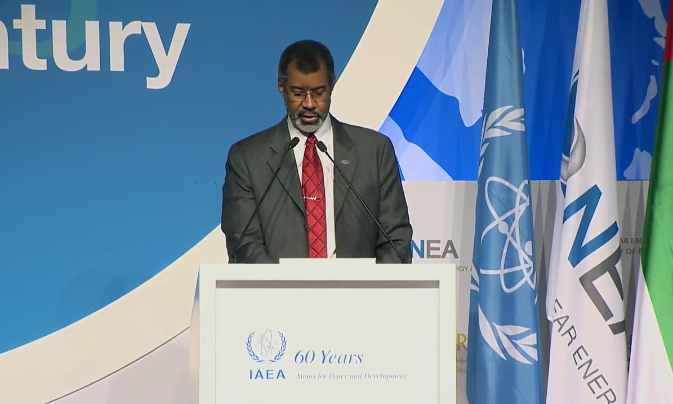 International co‑operation on the future of nuclear energy

Over 600 participants from 67 countries and five international organisations came together in Abu Dhabi, United Arab Emirates, to discuss the future of nuclear energy at the International Ministerial Conference on Nuclear Power in the 21st Century from 30 October to 1 November 2017. The event was organised by the International Atomic Energy Agency (IAEA), in co‑operation with the NEA, and hosted by the Government of the United Arab Emirates through the Ministry of Energy and the Federal Authority for Nuclear Regulation. During his remarks at the opening session, NEA Director‑General Mr William D. Magwood, IV, noted that the world will need to use as many tools at its disposal as possible to stabilise the future global energy framework and that nuclear energy is one of these tools able to address climate change, air pollution and energy supply security. Read more here. 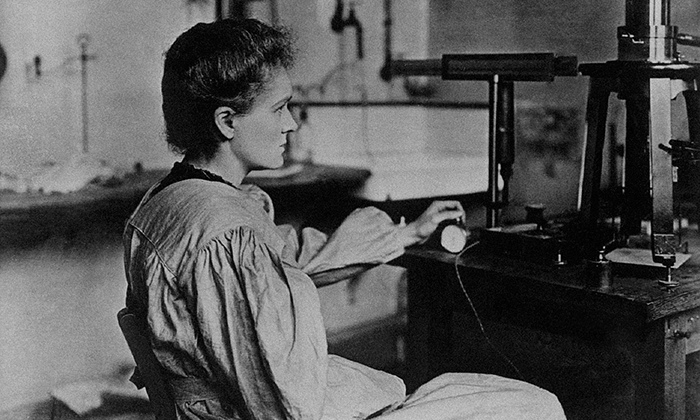 Marie Skłodowska Curie was born this month 150 years ago. She was the first woman to win a Nobel Prize, as well as the first person to be awarded the Nobel Prize twice, in physics in 1903 and in chemistry in 1911, in relation to her pioneering research on radioactivity and discovery of polonium and radium. She was not only a brilliant scientific pioneer who had ground-breaking discoveries, but also a humanitarian. During World War I, she developed mobile radiology units, and organised and participated in their use for diagnostic and therapeutic purposes near the battlefield. She founded the Curie Institutes in Europe, which remain major centres of oncology research today. Her legacy still continues to resonate to this day through advances in engineering, technology and medicine. The NEA is proud to have had the opportunity to name one of the two main meeting rooms in its current building after Marie Skłodowska Curie and her daughter Irène Joliot-Curie. 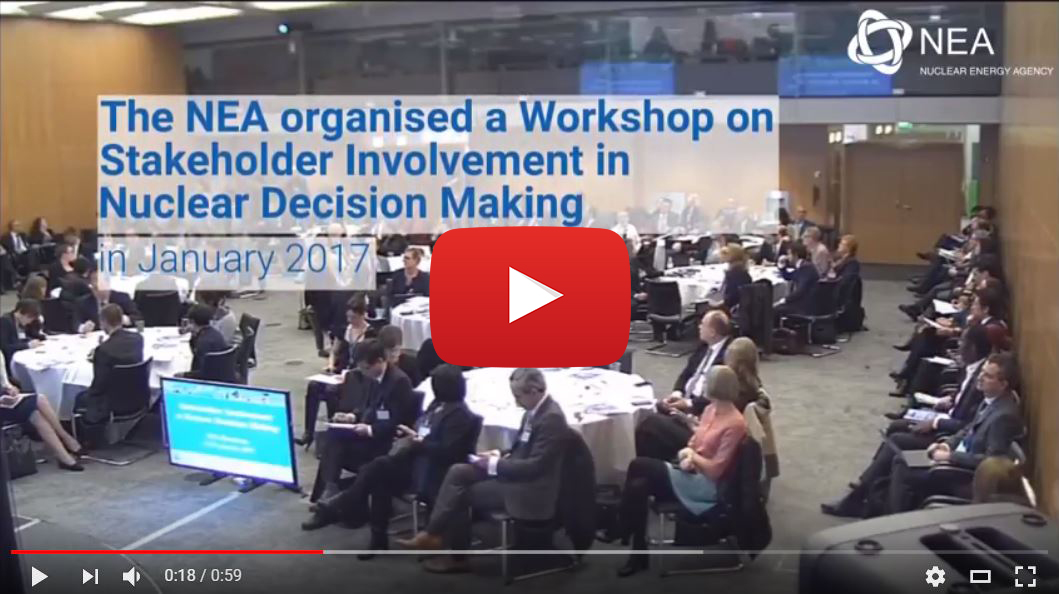 On 16‑19 October 2017, the new NEA Working Group on Inspection Practices (WGIP) met to exchange information and experience related to regulatory safety inspections among member countries. During this meeting, the group continued its preparations for the 14th International Nuclear Regulatory Inspection Workshop, which will be held in April 2018 in Germany, and for a workshop on the inspection of digital instrumentation and control systems, which will be organised in 2019 jointly with the NEA Working Group on Digital Instrumentation and Control (WGDIC). Another key highlight of the meeting was the inspection observation at the Olkiluoto Nuclear Power Plant in Finland, which was conducted in May 2017 with the participation of Canada, the United Kingdom and the United States as observers. Participants also discussed the upcoming inspection observations which will take place in the UK in November 2017 and in Canada in 2018. 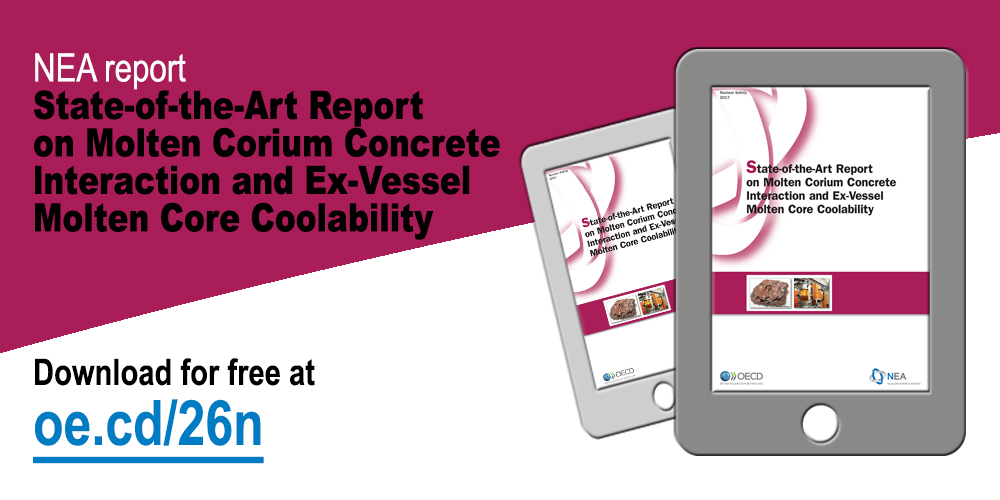 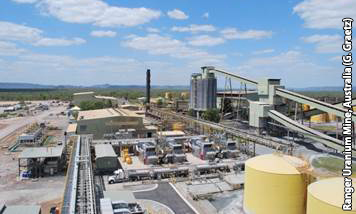 Are uranium activities managed to ensure a positive benefit to local and national economies?

While environmental concerns and radiological protection in uranium mining are often at the forefront of stakeholder engagement, there is usually little public discussion about the influence of the uranium mining industry on economic and social development. On 9‑10 October 2017, the new NEA Expert Group on Uranium Mining and Economic Development: Impacts on Local and National Economies (UMED) held its first meeting. Participants discussed case studies in various countries in order to understand the impact of uranium mining on employment, royalties and tax revenues, local business development, infrastructure, education and medical care. They concluded that the contribution of uranium mining can act as an economic catalyst for supporting the development of communities, regions and whole economies. They noted, however, that partnership and good governance are essential to achieving long‑term sustainable development. 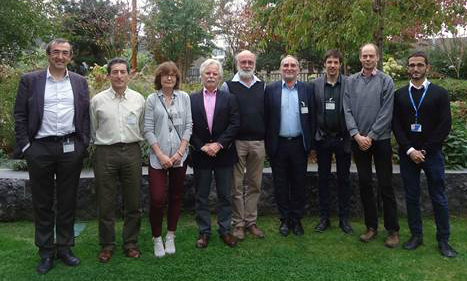 On 2‑3 October 2017, the NEA Radioactive Waste Repository Metadata Management (RepMet) initiative held its last meeting. For four years, this initiative has discussed the use of metadata in data and information management in national radioactive waste repository programmes. In concluding the initiative, the participating members are currently completing i) a high‑level report illustrating the importance of metadata implementation in the radioactive waste management (RWM) field; ii) three technical reports providing the conceptual design of databases on RWM‑relevant topics; and iii) a guide about tools and techniques adopted for the conceptual design of these databases. These reports will be made available online in the coming months.

On 9 October the NEA Expert Group on Operational Safety (EGOS) held its annual meeting. During the meeting, Nuclear Waste Management Organization of Japan (NUMO) proposed a methodology to assess credible fire scenarios for DGRs. Participants also discussed progress in the group's activities on i) fire management and ventilation systems in deep geological repositories (DGRs); ii) safe transportation and emplacement systems in DGRs; iii) waste acceptance criteria; and iv) the development of a hazard database for DGRs. In order to continue these activities, participating members agreed to extend the group's mandate until December 2019. 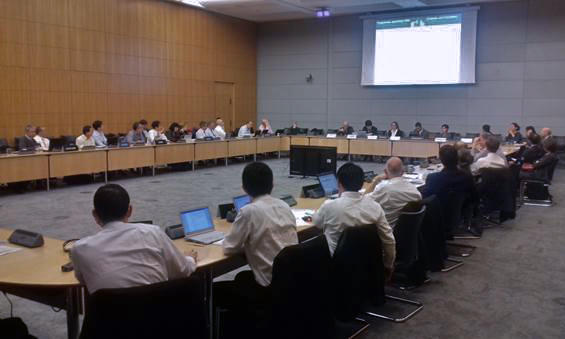 The NEA Integration Group for the Safety Case (IGSC) held its annual meeting on 10-12 October 2017 to discuss the status of its ongoing activities. Participants had an extended discussion about the future scope of IGSC work in light of the holistic approach that recommended by the NEA Radioactive Waste Management Committee (RWMC). Participating members discussed future work for uncertainty management in safety cases, current work of the Clay Club and the Salt Club, and ongoing collaborations with other NEA working groups and international organisations. As part of its normal programme of work, the group approved the mandate extension of the EGOS, as well as the release of an IGSC report on information and requirement management. In the topical session of this annual meeting, participating members discussed the important issue of criticality management and safeguards for DGRs. They also discussed the planning of the third IGSC International Safety Case Symposium, which will be held on 10‑11 October 2018 in Rotterdam, the Netherlands. The International Safety Case Symposium is organised once every five years by the IGSC in order to review the state‑of‑the‑art safety cases of geological repositories for radioactive waste. 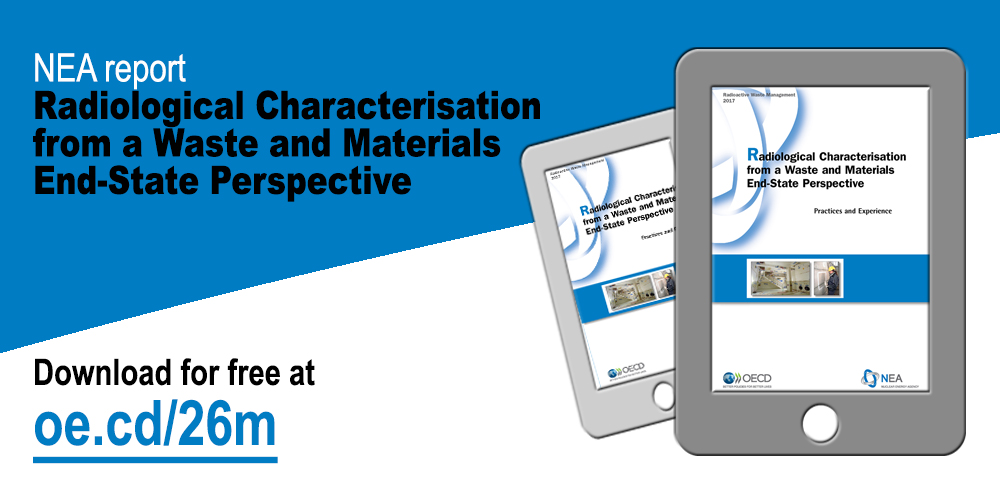 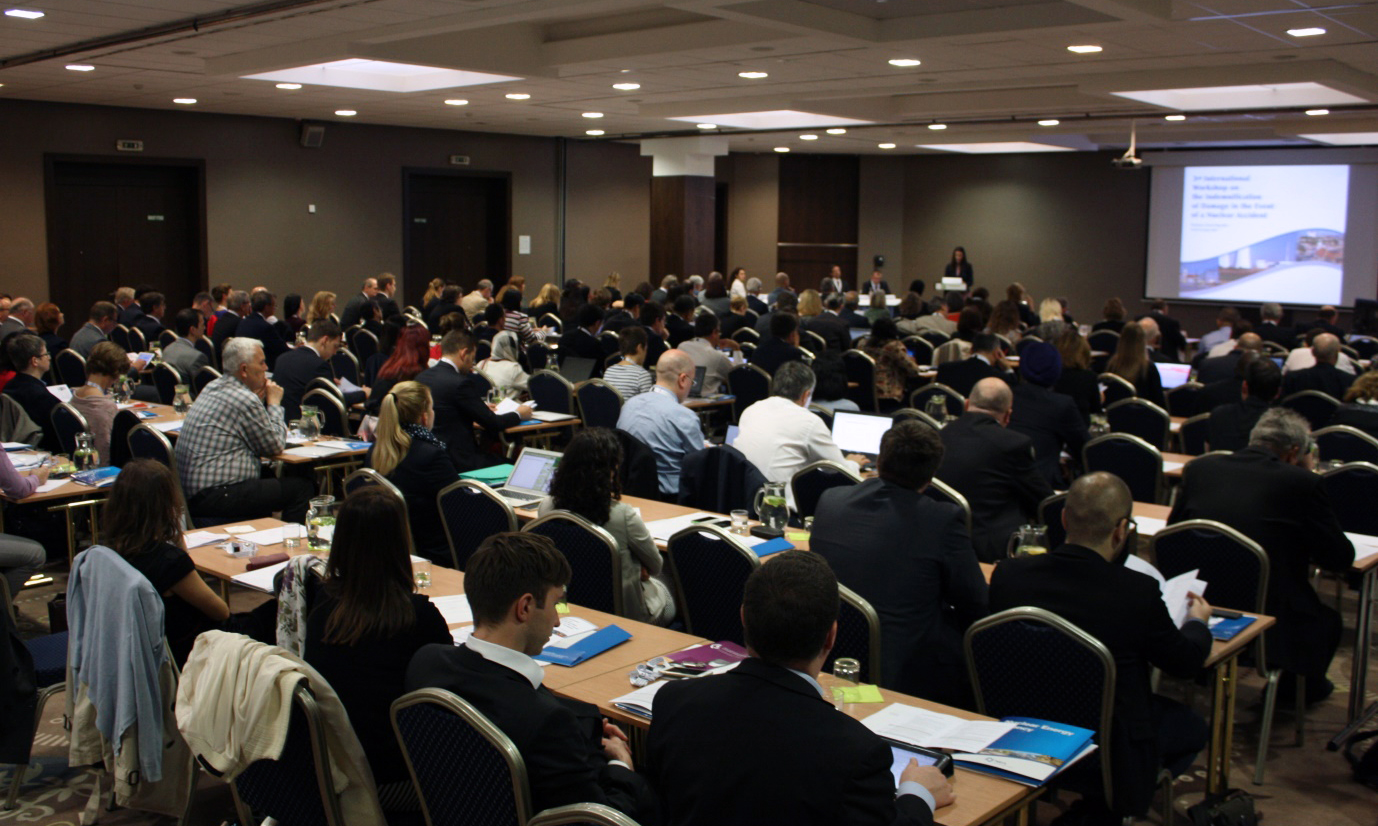 Indemnification of damage in the event of a nuclear accident

On 18‑20 October 2017, the NEA and the Nuclear Regulatory Authority of the Slovak Republic co-organised the Third International Workshop on the Indemnification of Damage in the Event of a Nuclear Accident. Held in Bratislava, Slovak Republic, the workshop brought together more than 170 participants from 24 NEA member countries and eight non‑member countries, representing a variety of organisations, including government agencies, regulatory authorities, operators, suppliers, nuclear insurance pools and law firms. It aimed to explore the practical application of international nuclear liability instruments and the potential consequences with regard to non‑convention states in the event of a nuclear accident causing transboundary damage. Participants discussed approaches to determining the damage to be compensated, proving the causal link between the damage and the nuclear accident, identifying the liable entity, handling claims, resolving disputes and ensuring the adequate financial compensation for the victims.

The NEA Thermodynamics of Advanced Fuels – International Database (TAF‑ID) Project held the last meeting of its current phase on 5‑6 October 2017 in Gatineau, Quebec, Canada. The database provides the thermochemical description of irradiated uranium dioxide, mixed oxides and metal fuels. It also provides analyses on the interactions among fuel and surrounding materials such as steels, zircaloy and SiC cladding, B4C control rods, and concrete, and thus supports studies of severe accidents. During the current phase of the TAF‑ID Project, significant results have been achieved, consisting in the critical review of experimental data and models on 204 binary and 66 ternary sub‑systems and allowing the calculation of phase diagrams for multi‑component systems with the CALPHAD method. Currently, a new phase of the project is being planned with the objective of testing the validity of the database by performing thermodynamic measurements on complex fuel compositions and by comparing the experimental results with those calculations. In this new phase, the database will be updated by addressing the potential discrepancies between experiments and calculations. 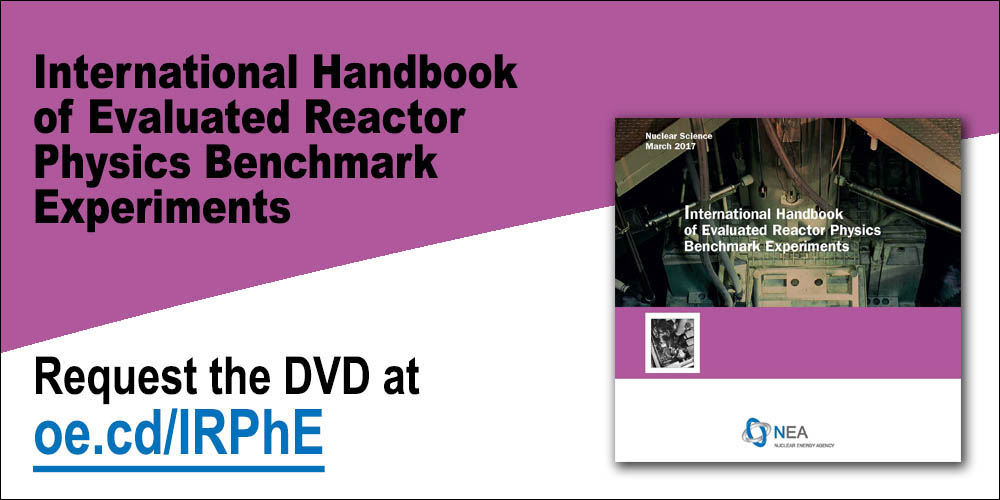 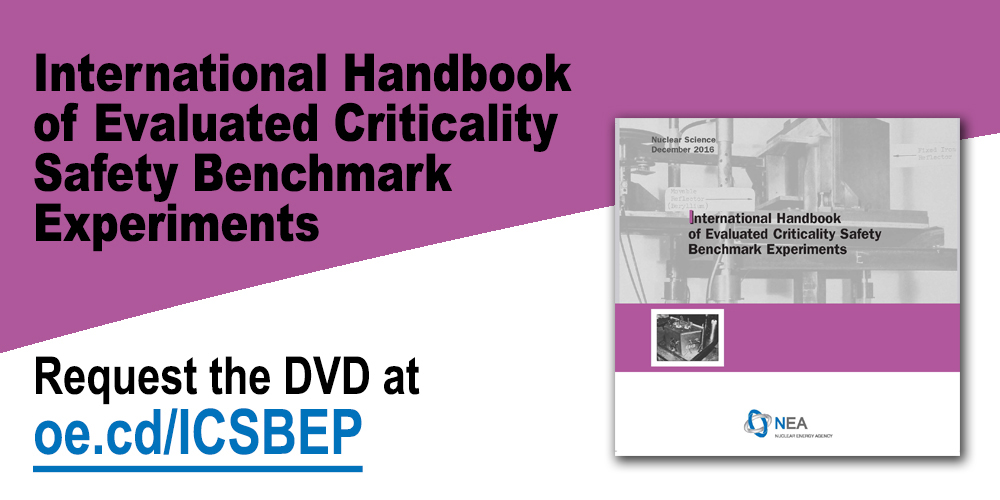