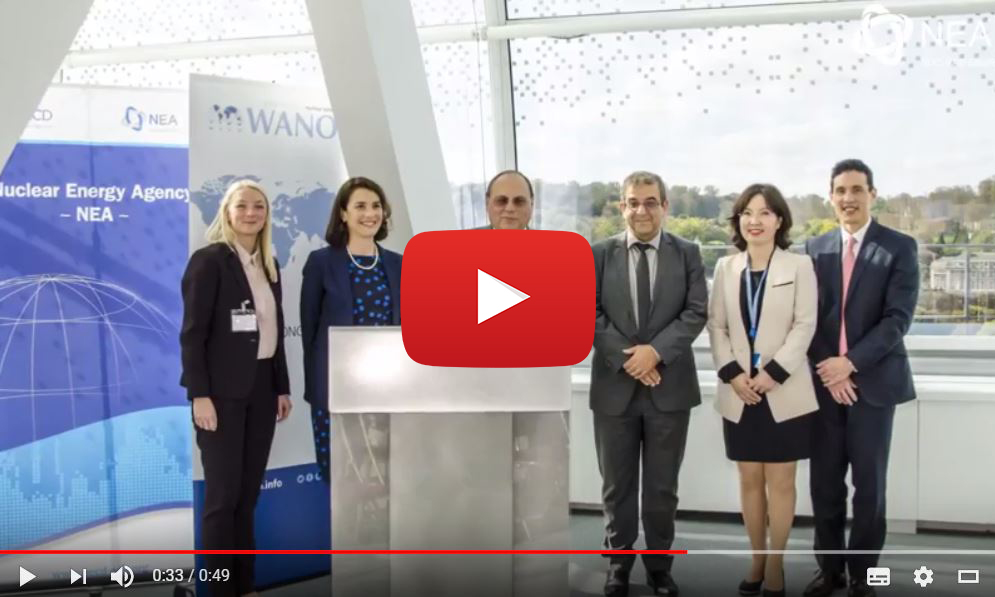 MOU between WANO and NEA to strengthen global nuclear safety

The World Association of Nuclear Operators (WANO) and the NEA signed a Memorandum of Understanding to co‑operate on the further development of approaches, practices and methods in order to proactively strengthen global nuclear safety. The MOU serves to set out a transparent framework for co‑operation between WANO and NEA in areas related to the safe operation of nuclear power plants and the human aspects of nuclear safety. It will facilitate information exchange between the stakeholders in NEA member countries and nuclear power plant operators, enhance the common understanding of nuclear safety culture challenges and support general efforts to further enhance nuclear safety worldwide. WANO and NEA have already identified safety culture as a fundamental subject of common interest and are currently collaborating to launch in 2018 a series of country‑specific discussions to explore the influence of national culture on the safety culture. Read more 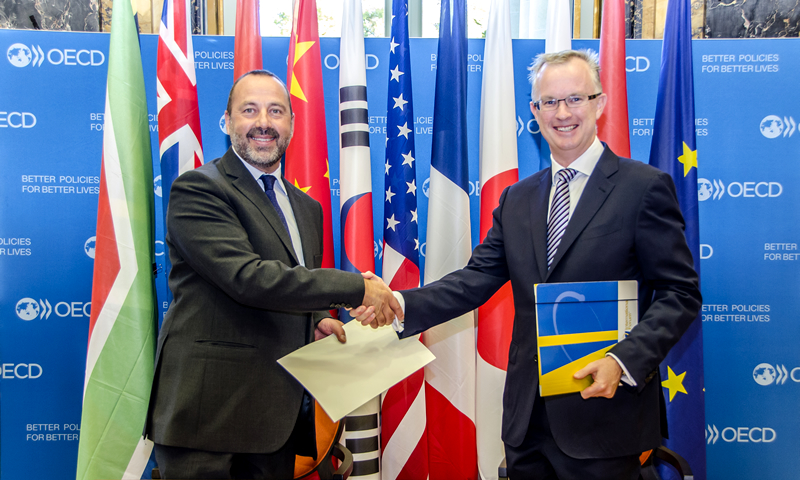 On 14 September 2017, Australia deposited its instrument of accession to the Generation IV International Forum (GIF) Framework Agreement for International Collaboration on Research and Development of Generation IV Nuclear Energy Systems. A ceremony was held in Paris which included His Excellency Mr Brian Pontifex, Ambassador and Permanent Representative of Australia to the OECD, and Dr Adrian (Adi) Paterson, CEO of the Australian Nuclear Science and Technology Organisation (ANSTO). The GIF is a co‑operative international endeavour which was established to carry out the research and development needed to establish the feasibility and performance capabilities of the next generation of nuclear energy systems. Australia became the 14th member of the GIF on 22 June 2016 when it signed the GIF Charter. Acceding to the Framework Agreement will allow Australia to become actively engaged in R&D projects related to Generation IV systems, particularly in R&D projects on advanced materials. For more information on GIF, see www.gen-4.org. 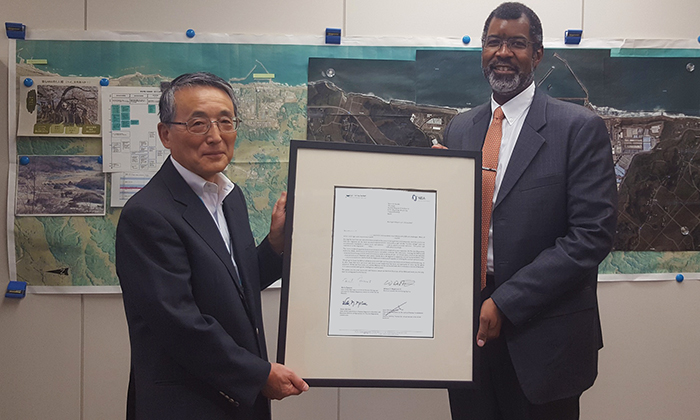 The NEA thanks the outgoing NRA Chairman Dr Shunichi Tanaka

Dr Shunichi Tanaka served as Chairman of Japan's Nuclear Regulatory Authority (NRA) for the first five years of the agency's existence. The aftermath of the Fukushima Daiichi nuclear power plant accident presented Japan with many difficult challenges, particularly those related to public trust and confidence in the regulator. In light of such challenges, the NRA, under Dr Tanaka’s leadership, took steps to establish a robust foundation for the new regulatory organisation, such as the development of improved regulatory standards. Dr Tanaka employed a sound approach to regulatory decision making that was based on independent and competent assessment of the most current scientific and technological information, free from external pressure or bias. The NEA programme of work in nuclear safety technology and regulation has benefited greatly from the technical contributions and support of the NRA during Dr Tanaka's tenure as NRA Chairman. NEA Director-General Magwood presented Dr Tanaka with a letter of thanks signed by the Director-General and the Chairs of the NEA Steering Committee for Nuclear Energy, the NEA Committee on Nuclear Regulatory Activities (CNRA) and the NEA Committee on the Safety of Nuclear Installations (CSNI) which highlights the unique and historic role he played in the years after the Fukushima Daiichi accident. 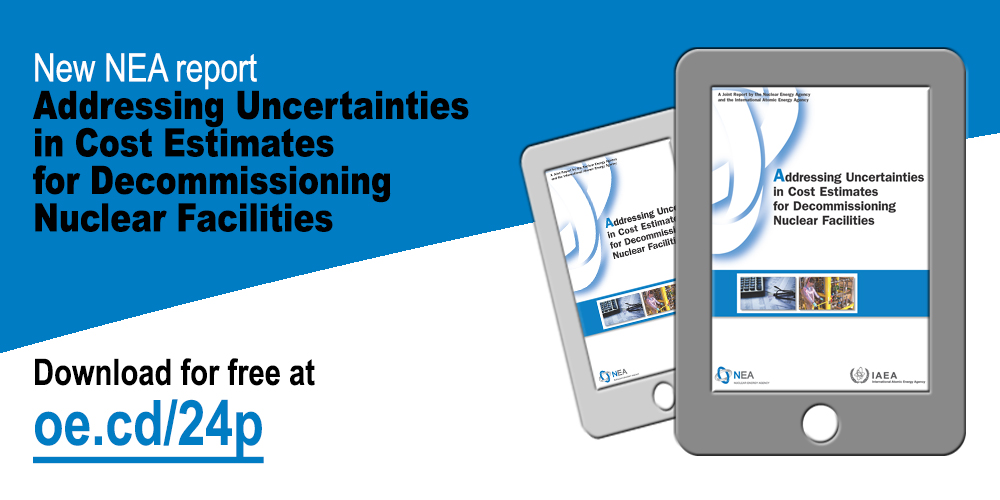 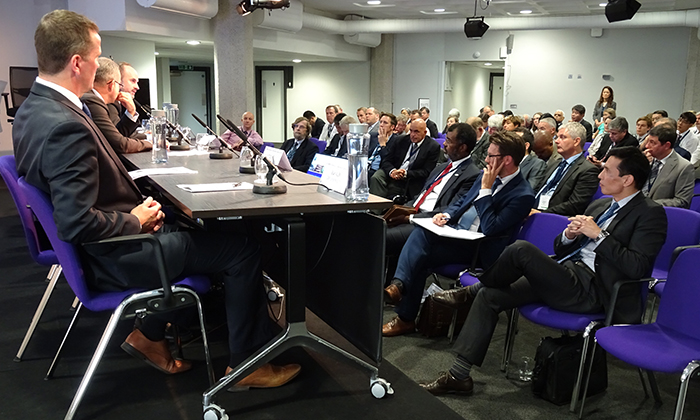 On 12-13 September 2017, the Multinational Design Evaluation Programme (MDEP) held its Fourth Conference on New Reactor Design Activities in London, United Kingdom. The purpose of this conference was to offer a forum in which MDEP stakeholders could discuss the programme's achievements in its first decade and its future. The conference was attended by over 150 participants, representing national regulators, international organisations, standard development organisations and the nuclear industry. It was divided into six thematic sessions. Participants agreed on the need for continued efforts towards greater harmonisation of codes and standards, as well as for further dialogue on ensuring quality and safety culture in the supply chain. Feedback gathered from MDEP stakeholders at the conference is being carefully evaluated to go forward with the future direction and structure of MDEP in terms of both design-specific and issue-specific work.

Discussions on nuclear development for a sustainable energy future

On 27-28 September 2017, the NEA Nuclear Development Committee (NDC) held its annual meeting. Participants discussed the current NDC studies on the full costs of electricity provision, system costs, the extension of the levelised cost of electricity methodology, nuclear cogeneration, strategies for the back end of the nuclear fuel cycle and advanced reactor systems. The meeting agenda also addressed cross‑cutting NEA activities, including the NEA Workshop on Stakeholder Involvement in Nuclear Decision Making and the Nuclear Innovation 2050 (NI2050) Initiative. A particular highlight of the meeting was the presentation given by an EDF representative on the restructuring of the French nuclear industry, new build and supply chain issues in France and lessons learnt. In addition, the Committee members re-elected the bureau and welcomed a new member from the United States. 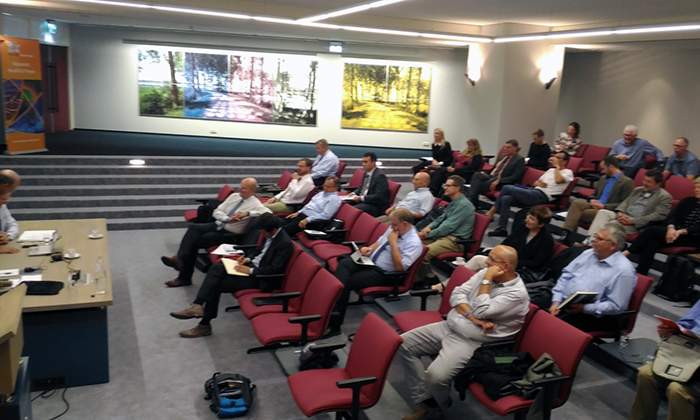 On 4 September 2017, the NEA Salt Club met in Nieuwdorp, the Netherlands, to discuss the progress and results of its work on (i) developing a geochemistry and thermodynamics database; (ii) evaluating microbial activities in rock salt; and (iii) establishing a features, events, and processes (FEP) catalogue for hosting a deep geological repository in salt rock formations for heat‑generating radioactive waste. The meeting also included a topical session during which the participating members extensively evaluated and discussed the consolidation of crushed salt – an important phenomenon which affects the long-term safety of deep geological repositories in the post-closure phase. 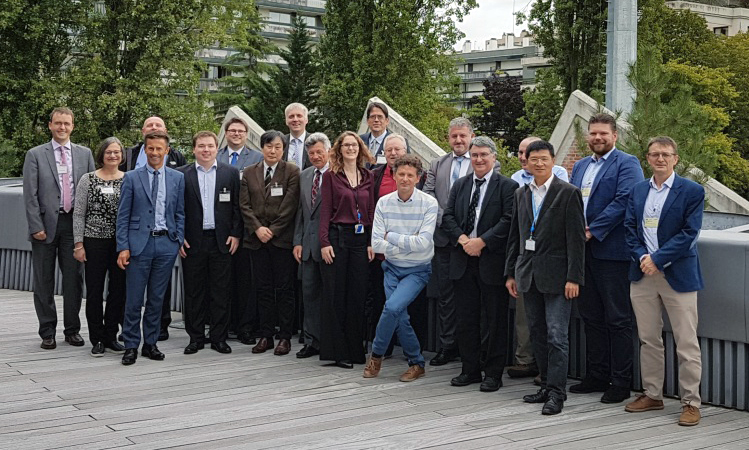 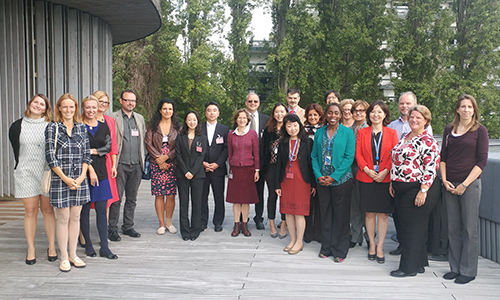 The NEA Forum on Stakeholder Confidence (FSC) held its annual meeting on 12-14 September 2017 with 26 participants from 15 NEA member countries, representing a cross-section of government policy and regulatory officials, R&D specialists, implementers and industry representatives. During the meeting, the participants discussed various member country activities that aim to facilitate the inclusion of the youth during the radioactive waste management decision making process. They also worked on updating the document entitled "Partnering for Long-term Management of Radioactive Waste". This document focuses on approaches of co-operation between the implementer and affected communities, nurturing dialogue among experts and stakeholders, mutual learning, involving the public in the decision making process and inviting the national authorities to play a more visible role.

On 14-15 September 2017, the NEA Integration Group for the Safety Case (IGSC) and the FSC organised a joint workshop on stakeholder involvement and communication in safety case development. The workshop was attended by technical experts, government policy and regulatory officials, R&D specialists, implementers and communication experts, as well as by members of the NEA Working Group on Public Communication of Nuclear Regulatory Organisations (WGPC). The participants discussed challenges in communicating scientific safety evidence with non-technical stakeholders and derived feasible methods to effectively communicate technical details and to enhance confidence of the safety case. The workshop developed synergies between the IGSC and FSC, and the two groups agreed to continue their collaboration in order to improve stakeholder engagement during the safety case development process.

Benchmarking in the context of NPP decommissioning costs

On 20-21 September 2017, the NEA Expert Group on Inventorying and Reporting Methodology (EGIRM) held a meeting with experts from Belgium, Canada, France, Germany, Russia and the United States to discuss the group's current work and future activities. The EGIRM developed a common methodology for presenting national radioactive waste and spent fuel inventories, reflecting various national management strategies, as published in the NEA report entitled National Inventories and Management Strategies for Spent Nuclear Fuel and Radioactive Waste: Extended Methodology for the Common Presentation of Data. The group will organise a workshop in early 2018 to discuss the implementation of the methodology with interested member countries. Details of this event are available at oe.cd/EGIRM-2018. 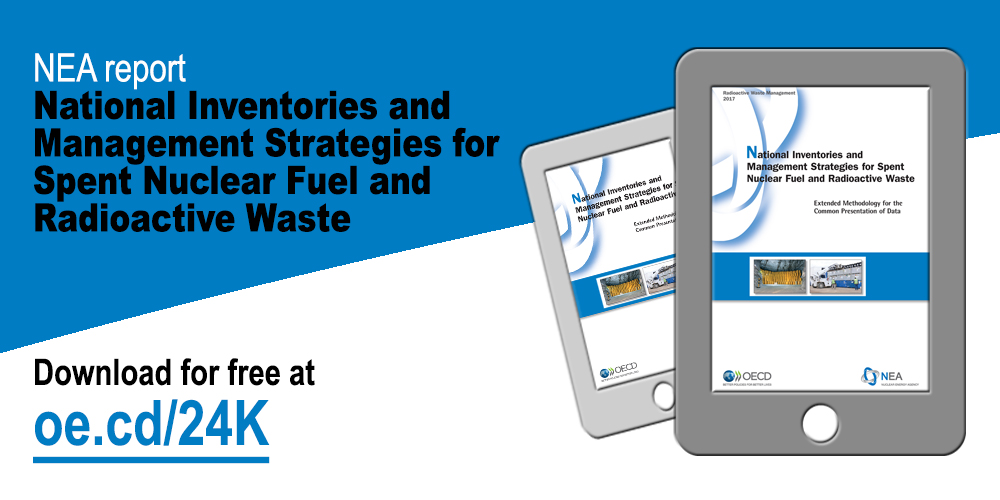 Characterisation of argillaceous rocks for deep disposal of radioactive waste

On 28 September 2017, the NEA Clay Club held its annual meeting in Davos, Switzerland. The NEA Clay Club was established in 1990 to examine technical and scientific issues of various argillaceous rocks for hosting deep geological repositories for long-lived radioactive waste. During this meeting, participants reviewed and discussed the group's progress on various studies of the characteristics and properties of sedimentary rocks. They had an in-depth discussion on the recently started CLAYWAT Project, which aims at investigating the binding state of pore water in clays and shales. Another highlight of the meeting was the discussion on the application of the international features, events and processes (FEP) in developing safety case scenarios in Germany.

Nuclear decommissioning under spotlight in Canada

On 10 September 2017, the NEA organised a one-day course on thermodynamic data collection and assessment, in conjunction with the Migration 2017 conference in Barcelona, Spain. This course was designed to familiarise scientists with current NEA Thermochemical Database (TDB) Project activities and standards, to provide an overview of data collection and analysis techniques, and to work through some real system examples to demonstrate the critical evaluation and data assessment process. Retaining high scientific standards for the collection, interpretation, critical review and application of thermodynamic data is a key goal of the NEA TDB Project, in order to help ensure that a strong scientific basis for the safety case is maintained to support international nuclear waste management options.

On 20-21 September 2017, the NEA Expert Group on Multi-physics Experimental Data, Benchmarks and Validation (EGMPEBV) held a meeting to review the progress being made by the group's three task forces. One of the key discussion points, in relation to Task Force 3 "Example Application of Validation Experiments", was the planning of a Multi-physics Pellet-Clad Mechanical Interaction Validation (MPCMIV) benchmark, based on cold-ramp test data from the Studsvik R2 research reactor. The specifications are now being finalised, with the objective to hold the benchmark kick-off meeting at the NEA Expert Group on Uncertainty Analysis in Modelling (EGUAM) workshop to be held on 14-18 May 2018 in Lucca, Italy. The group also presented its objectives and activities to the NEA Working Group on Analysis and Management of Accidents (WGAMA) members. This stimulated discussion on the optimisation of multi-physics experiment instrumentation, to provide the crucial measurements for validation of novel, high-resolution modelling and simulation. A report on this is under preparation, with contributions from several test reactor specialists.