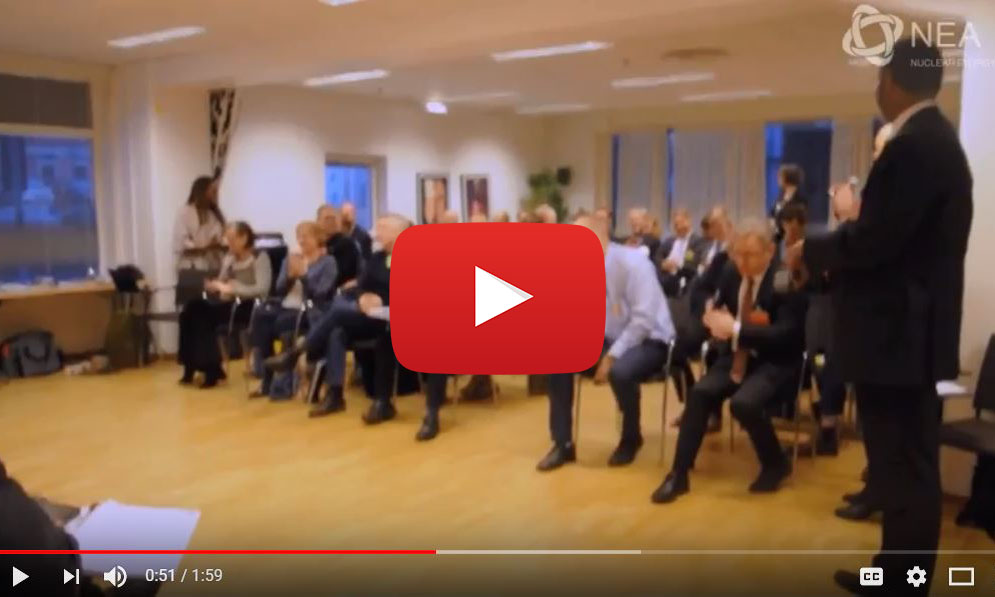 The influence of national context on nuclear safety culture was the focus of the country‑specific forum held on 23-24 January 2018 by the NEA in Stockholm, Sweden, in co-operation with the World Association of Nuclear Operators (WANO) and the Swedish Radiation Safety Authority (SSM). Nearly 50 experts spent one and a half days self-reflecting upon their national cultural attributes in relation to safety culture. They held focus group discussions, analysed data and identified traits relevant to their national context that may strengthen or jeopardise safety. Read more about the forum 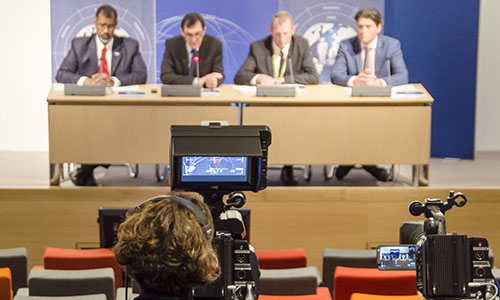 Webinar on an all-hazards approach to emergency preparedness and response

On 12 January 2018, the NEA organised a webinar to launch its latest report – Towards an All-Hazards Approach to Emergency Preparedness and Response: Lessons Learnt from Non-Nuclear Events. This new NEA report promotes a comprehensive, all‑hazards and transboundary approach to serve as the foundation for enhancing national resilience and responsiveness to emergency situations, created by natural, human-made, nuclear or non-nuclear crises. The webinar featured remarks by William D. Magwood, IV, Director-General of the NEA, Thierry Schneider, Director of the French Nuclear Protection Evaluation Centre and Vice-Chair of the NEA Committee on Radiological Protection and Public Health, Anthony Cox, Acting Director of the OECD Environment Directorate, and Jack Radisch, Senior Project Manager at the OECD Directorate for Public Governance. A detailed presentation was also given on the report's main findings and key messages, followed by a question and answer session. Watch the webinar recording here: youtu.be/VMJaV1pKmh4 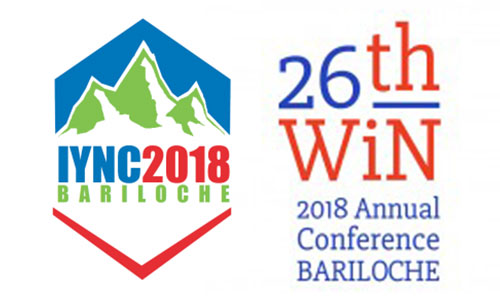 The NEA is a proud co-sponsor of the International Youth Nuclear Congress (IYNC) 2018 conference, which will be organised jointly with the 26th WiN Global Annual Conference on 11‑17 March 2018 in Bariloche, Argentina. The conference will provide a global forum for young professionals and women in the nuclear field to discuss and to collaborate on knowledge transfer, nuclear science and technology research and implementation, professional development and communication. Find out more and register at www.iync.org/iync2018‑bariloche‑argentina. 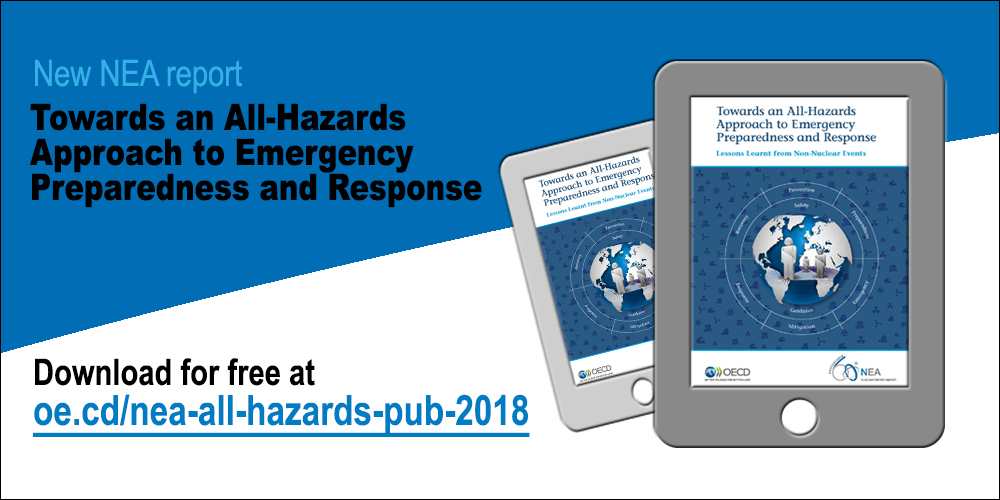 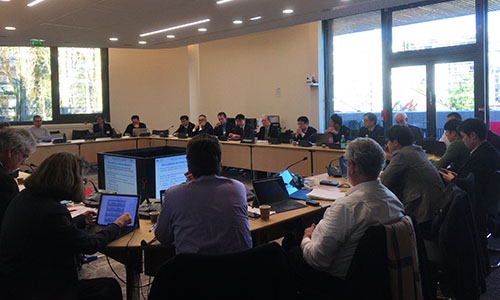 A kick-off meeting for the NEA Preparatory Study on Fuel Debris Analysis (PreADES) Project was held on 18-19 January 2018. The PreADES Project was proposed by the Nuclear Regulation Authority (NRA) of Japan and the Japan Atomic Energy Agency (JAEA) as a follow-up project of the NEA Senior Expert Group on Safety Research Opportunities Post‑Fukushima (SAREF), reflecting the recommendations in the SAREF report issued in February 2017. At the kick-off meeting, participating experts confirmed the programme for their collective research on fuel debris characterisation and agreed to prioritise the needs for fuel debris sample analysis. They also agreed on designing a future R&D framework for fuel debris analysis. 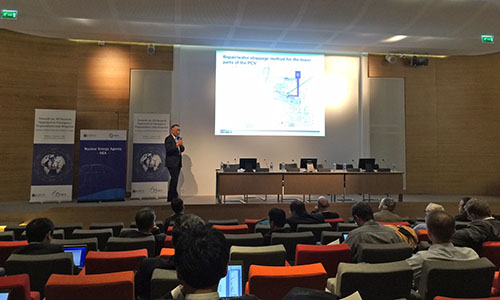 On 22-23 January 2018, the NEA Benchmark Study of the Accident at the Fukushima Daiichi Nuclear Power Station (BSAF-2) Project organised a two-day joint workshop on the status of Fukushima Daiichi decommissioning and relevant NEA post-Fukushima projects. The workshop was attended by BSAF-2 members, experts involved in relevant NEA activities and experts from Japanese organisations engaged, as well as by the PreADES Project meeting participants. Participants discussed updates on the decommissioning operations at the Fukushima Daiichi site, as well as the estimation and evaluation of accident progression scenario and fuel debris distribution. The workshop programme also included discussions on Analysis of Information from Reactor Building and Containment Vessel and Water Sampling in Fukushima Daiichi Nuclear Power Station (ARC-F) Project proposed by the JAEA. 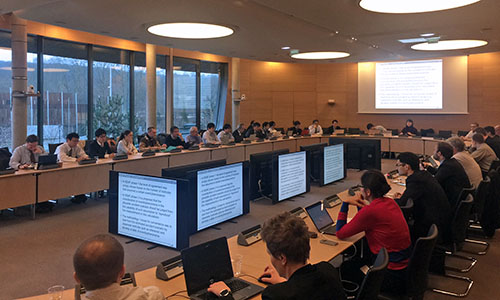 Currently nearing its second phase, the BSAF-2 Project also held its Programme Review Group and Management Board meetings on 24-26 January. The project is aimed at improving severe accident codes, deepening the understanding of severe accident phenomena, evaluating current status of units 1, 2 and 3 of the Fukushima Daiichi nuclear power plant and providing useful information for the decommissioning strategy planning of these units. The project members discussed the final project report that they will prepare and present at the NEA Committee on the Safety of Nuclear Installations (CSNI) meeting in December 2018.

On 31 January 2018, the NEA participated as an observer in the first meeting of the International Independent Scientific Commission (Ru-Commission) in Moscow, Russia. The Commission was established in December 2017, with the initiative of the Nuclear Safety Institute of the Russian Academy of Sciences (IBRAE), to investigate the origin of the radioactive isotope Ruthenium-106 detected in Europe in September-October 2017 and its possible effect on the population health. At this meeting, experts from Finland, France, Germany, Norway, Russia and Sweden presented the results of their measurements, studies and findings related to the detection of Ruthenium-106. As a result of the exchanges, the Commission agreed on the following conclusions: 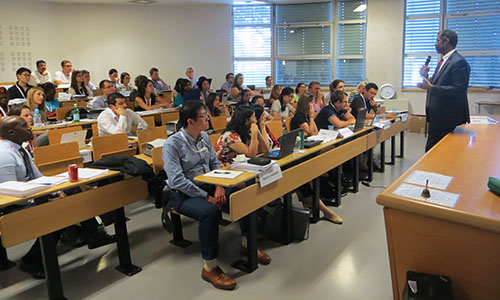 Applications now open for the International School of Nuclear Law

The International School of Nuclear Law (ISNL) is a two-week understanding of the various legal issues relating to the safe, efficient and secure use of nuclear energy. To date, the ISNL has provided a unique educational opportunity to nearly 1000 graduate students and young professionals worldwide. The next session of the ISNL will take place from 27 August to 7 September 2018 in Montpellier, France. Applications may be submitted online until 31 March 2018. For more information on the course and to apply, see: oe.cd/ISNL. 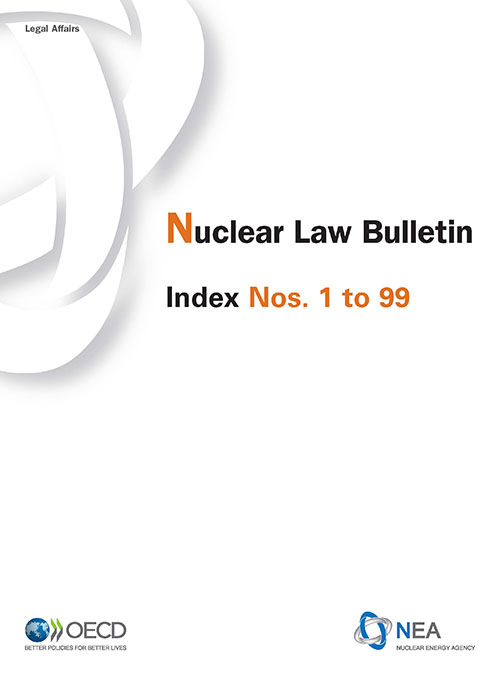 With each new edition of the Nuclear Law Bulletin (NLB), an update to the NLB Index is published on the NEA website. Issued as a resource for research purposes, the NLB Index groups together information and articles published in the Bulletin over the past 50 years, classified by country and organised by case law, legislative and regulatory activities and bilateral agreements. Separate sections detail information related to international organisations and multilateral agreements. The current Index covers NLB issues 1-99 and is available at: oe.cd/nea-nlb-index. 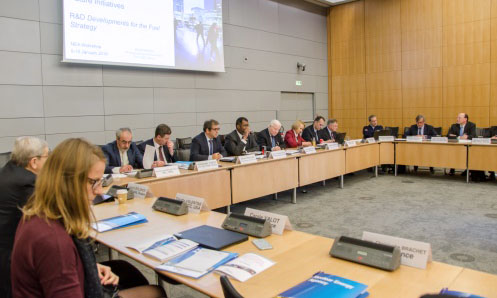 Enhancing experimental support for advancements in nuclear fuels and materials

In 2017 the NEA Nuclear Science Committee (NSC) agreed to the launch of an initiative aimed at efficiently utilising experimental capabilities for the testing and deployment of evolutionary and innovative fuels and materials. Towards this goal, the NEA organised a workshop on 8-10 January 2018 on Enhancing Experimental Support for Advancements in Nuclear Fuels and Materials. bringing together high-level speakers representing utilities, fuel vendors, technical support organisations (TSOs), regulatory bodies, research organisations and experimentalists. The workshop focused on identifying requirements and barriers faced when deploying innovative materials. Participants agreed that additional alignments for the use of material test reactors, as well as international frameworks facilitating transport and disposal of irradiated materials, would allow for more efficient use of international resources. They also noted the decrease in available infrastructure and emphasised the importance of material test reactors to ensure sufficient testing of advanced fuels and materials. There was consensus that multi-lateral and multi-national co-ordination of experimental programmes would be beneficial in utilising the existing infrastructure and clearly identifying gaps that can be best filled by restarted and new facilities. To this end, the NEA will work with the workshop participants and its membership in order to collect proposals aimed at optimally co-ordinating activities that aim to address the needs identified at the workshop, with a particular focus on joint experimental projects.

The Management Board of the NEA Thermodynamic Characterisation of Fuel Debris and Fission Products Based on Scenario Analysis of Severe Accident Progression at Fukushima Daiichi Nuclear Power Station (TCOFF) project met on 15-17 January 2018. The meeting provided the participants with the opportunity to assess and to discuss the status of different ongoing tasks before the preparation of an intermediate project report. In view of their potential participation in the project, Sandia National Laboratories (SNL) and Saint Petersburg State University (SPSU) were represented at the meeting and proposed to provide highly valuable contributions. SNL representatives proposed to perform MELCOR analyses of the Three Mile Island and Fukushima Daiichi accidents. In particular, the SNL is prototyping an improved representation of materials interactions, and performing tests to assess the effects and implications of the improved thermodynamic models on the description of the late-phase melt progression and debris compositions. SPSU representative proposed to carry out a high-temperature mass spectrometric study of the vaporisation and the thermodynamics of some oxide systems of interest for the TCOFF activities, e.g. multi-component SrO-containing samples. They also proposed to share the unpublished results obtained earlier in the UO2-ZrO2 system at high temperatures through Knudsen Effusion Mass Spectrometry (KEMS). An amendment to the current TCOFF Project Agreement is being prepared in order to formalise the participation of SNL and SPSU in the project.

On 22-23 January, the NEA Expert Group on Multi-physics Experimental data, Benchmarks and Validation (EGMPEBV) Task Force 1 held a technical workshop on Traditional and Novel Measurement Methods for Validation of Multi-physics Modelling & Simulation Tools: Application to Pellet-Clad Mechanical Interaction (PCMI). Hosted by the French Alternative Energies and Atomic Energy Commission (CEA), the workshop was attended by representatives from the CEA, the French Nuclear Safety Authority (IRSN), Idaho National Laboratory (INL), Oak Ridge National Laboratory (ORNL), the Paul Scherrer Institut (PSI), NINE Nuclear and Industrial Engineering and Studsvik. The workshop programme featured a session on the current developments and improvements on PCMI instrumentation, experimentation techniques and data treatment – particularly those taking place at the CEA Cadarache research centre and at INL within the framework of the Transient Reactor Test Facility (TREAT). These techniques were then applied specifically to review the MPCMIV exercise based on experimental ramp data from the Studsvik R2 tank-in-pool testing reactor. The expert group was thus able to develop suggestions on how such experiments might be re-designed in the future so as to maximise the exercise's usability for validation of novel multi-physics codes. The workshop also included a visit to the CABRI experimental pulse reactor, where the participants viewed the newly installed water loop for testing of fuel in prototypic pressurized water reactor (PWR) conditions and discussed the working capabilities of the fast-neutron hodoscope.