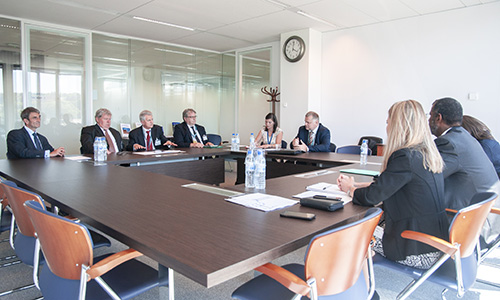 János Süli, Hungary's Minister without Portfolio, responsible for the Paks Nuclear Power Plant expansion, Becskeházi Attila Csaba, Secretary of State for infrastructure development, innovation and localisation related to the maintenance of the capacity of the Paks Nuclear Power Plant, and Ambassador Zoltán Cséfalvay, Permanent Representative of Hungary to the OECD, visited the NEA on 26 June 2018 for high‑level discussions. The Hungarian delegation met with NEA Director‑General William D. Magwood, IV, and senior staff to provide the NEA with updates on the Paks Nuclear Power Plant project. Discussions also addressed electricity system costs and the decarbonisation of electricity systems. The NEA wishes to thank the Hungarian delegation for the visit which enabled detailed exchanges of information and ideas. 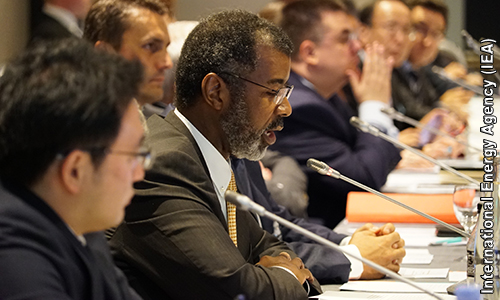 NEA Director‑General Magwood and senior staff participated in a high‑level meeting entitled "Nuclear Energy: Today and Tomorrow", organised by the International Energy Agency (IEA) on 28 June 2018 in Paris, France. The event brought together high‑level participants from IEA member countries, industry leaders and academia who examined the role of nuclear energy in mature power markets, as well as its implications for energy security, the economy and the environment. "A consideration of the future of nuclear energy is complex not only because of technology and economic factors, which the NEA analyses closely on an ongoing basis, but also because of how it is reflected in global and national policy and politics," said NEA Director‑General Magwood at the meeting. During his speech, he also underlined the social and environmental factors of electricity provision, which affect individuals, economies and countries in ways that are not captured in market prices. He noted that the full costs of electricity generation must remain firmly on the radar of energy policy makers.

Antonio Vayá Soler, Nuclear Analyst in the NEA Division of Nuclear Technology Development and Economics, won first place in the 2017‑2018 Spark! Contest on the role of nuclear technology in a world of growing alternative power and digital innovation. The contest is a two‑round writing competition for students and young professionals in the nuclear sector in France and the United Kingdom in which they are invited to present innovative and novel thinking to contemporary energy challenges. Mr Vayá Soler's project proposal was based on a 4D scenario focusing on the role of nuclear energy in a decarbonised, decentralised, digitalised and deregulated energy future. The NEA congratulates Mr Vayá Soler for winning the contest. 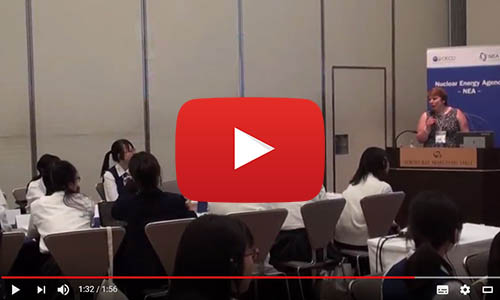 Mentoring a future generation of female leaders in science and engineering

The NEA encourages its membership to explore ways of attracting, recruiting and retaining women in science and technology. In this respect, the NEA will co‑operate with the Japan Atomic Energy Agency (JAEA), to organise a second mentoring workshop to encourage female scientists of the future on 8‑9 August 2018 in Tokyo, Japan. The two‑day event will bring together highly accomplished female professionals working in the STEM fields to serve as mentors to female high school students from various cities in Japan who aspire to pursue careers in STEM. Read more about the event at oe.cd/joshikai2 and watch the video recap video of the first mentoring workshop at youtu.be/KQw19bwWVeM

The Nuclear Law Bulletin is a unique international publication for both professionals and academics in the field of nuclear law. It provides readers with authoritative and comprehensive information on nuclear law developments. Published free online twice a year in both English and French, it features topical articles written by renowned legal experts, covers legislative developments worldwide and reports on relevant case law, bilateral and international agreements as well as regulatory activities of international organisations.

Feature articles in this issue include: "Legal challenges to the operation of nuclear reactors in Japan"; "Inside nuclear baseball: Reflections on the development of the safety conventions"; and "The Peaceful Nuclear Energy Program in the United Arab Emirates: Background and history". 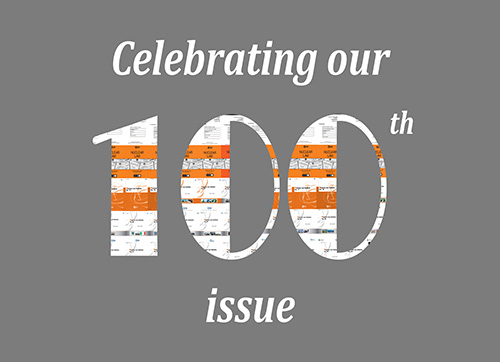 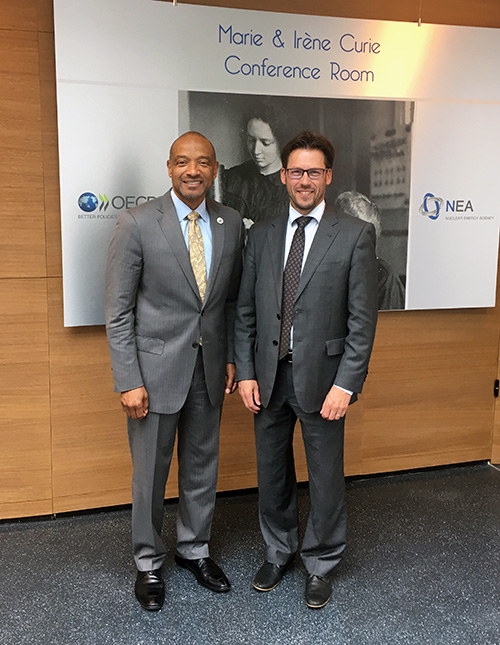 The NEA Committee on Nuclear Regulatory Activities (CNRA) held its biannual meeting on 4‑5 June 2018. Among the decisions taken, it approved the release of a report on severe accident prevention and mitigation measures in sodium fast‑cooled reactors, endorsed the mandate of the new Ad hoc Group on Boiling Water Reactors, and confirmed the transfer of the Codes and Standards Working Group (CSWG) from the Multinational Design Evaluation Programme (MDEP) to the CNRA. The Committee also agreed to hold a topical discussion on the long‑term operation and ageing management of nuclear power plants at its next meeting in December 2018. During the meeting, the Committee elected as Chair Mr Petteri Tiippana, Director‑General of the Radiation and Nuclear Safety Authority of Finland (STUK), and recognised the valuable contributions of its outgoing chair, Mr Victor McCree, Executive Director for Operations at the United States Nuclear Regulatory Commission (NRC).

The NEA Committee on the Safety of Nuclear Installations (CSNI) met on 6‑7 June 2018 and approved a number of new activities, including the development of a technical opinion paper on fuel safety criteria in support of accident tolerant fuel (ATF) deployment. The Committee approved several reports by its various technical working groups, including one on the current practice for the long‑term management of a severe accident in a nuclear power plant. Participants also discussed the need for a contingency plan to preserve the experimental capabilities of the Halden research reactor and the knowledge gained from its operation. 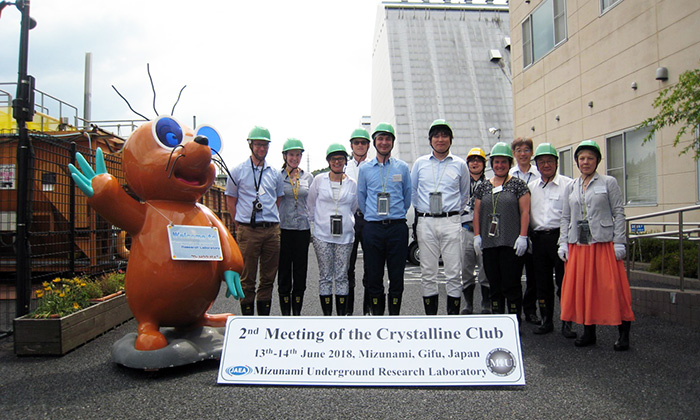 The NEA Crystalline Club (CRC) held its second meeting on 13‑14 June 2018 in Mizunami, Japan. The CRC was established in 2017 to examine the technical and scientific studies on crystalline rocks for hosting deep geological repositories for long‑lived radioactive waste. During this meeting, participants discussed the progress on the CRC status report, as well as updates on their national programmes. A highlight of the meeting was the topical session on "Process Comprehension using Underground Research Laboratories", during which the participants examined the R&D results of the Mizunami Underground Research Laboratory (MIU) Project and the experiences gained from underground research laboratories in other countries. After the meeting, they visited the MIU to observe the ongoing scientific research at and the engineering features of the laboratory.

Policy development for the safe management of radioactive waste

The safe management of radioactive waste requires clearly defined policies and plans for short- and long‑term integrated waste management activities. To develop the required policies and legislation frameworks, governments often consult advisory bodies for independent scrutiny and advice on policy development and implementation. Recognising the importance of working with other radioactive waste management advisors in order to stay abreast with the latest practices, trends, and lessons learnt, the NEA Advisory Bodies to Government (ABG) held a meeting on 26 June 2018 in Stockholm, Sweden. In addition to exchanging recent developments in radioactive waste management in participating countries, the group also visited the Swedish Final Repository for Short‑Lived Radioactive Waste (SFR) at Forsmark in the municipality of Östhammar.

Since 2007, the NEA Integration Group for the Safety Case (IGSC) has been organising a series of symposia on the development of a competent and robust safety case for the deep geological disposal of radioactive waste. The 2018 IGSC Symposium on the "Current Understanding and Future Direction for the Geological Disposal of Radioactive Waste" will take place on 10‑11 October in Rotterdam, the Netherlands, hosted by COVRA. The purpose of the event is to discuss and document the achievements made since the previous symposium in 2013, to share good practices and to consider future direction. The event, in co‑operation with the International Atomic Energy Agency (IAEA) and the European Commission (EC), also seeks to facilitate mutual learning through exchanges on the development of the safety case for geological repositories. For more information and registration, visit oe.cd/IGSC-2018. 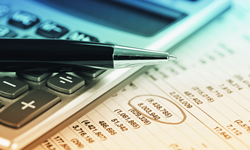 Estimating the cost of decommissioning 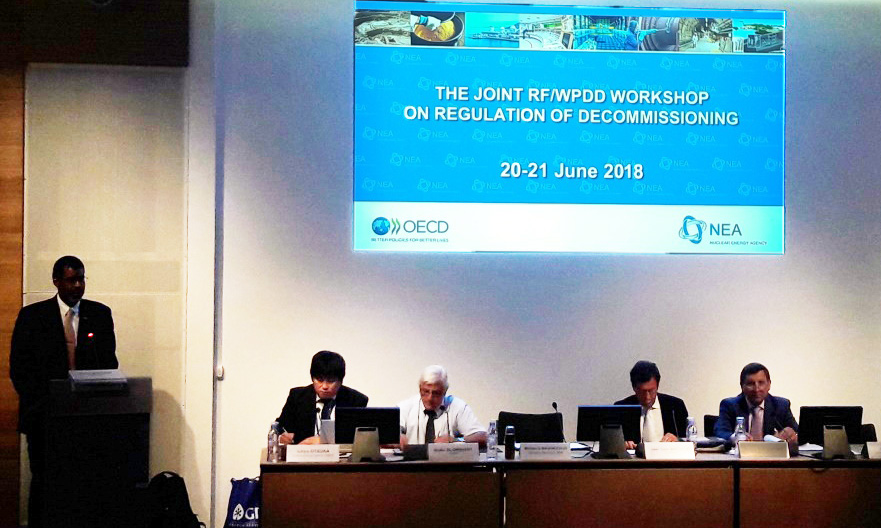 With nearly 1000 alumni from over 100 countries, the NEA International School of Nuclear Law (ISNL) has been the central training ground for nuclear lawyers working in both the public and private sectors, as well as scientists, engineers, policymakers, managers and other professionals working in the nuclear field. The NEA celebrates the nearly 20‑year history of the ISNL with a commemorative brochure that reflects on the school's programme, past lecturers and participants. In this new ISNL brochure, alumni and lecturers describe the spirit of Montpellier and the community atmosphere of the ISNL. The brochure also includes a yearbook of all previous class years. Download the brochure at oe.cd/nea-isnl-2018 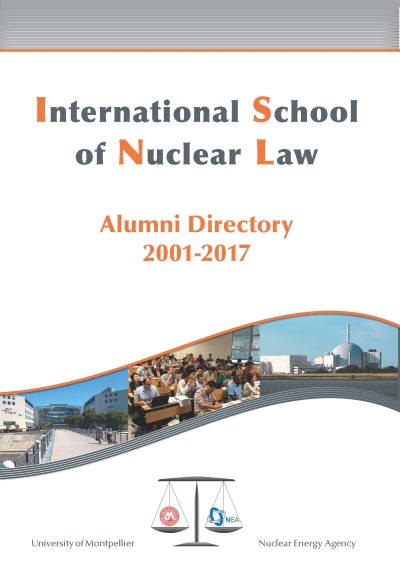 An alumni directory for the NEA International School of Nuclear Law (ISNL) has been created in order to help the ISNL alumni and lecturers across the years maintain their connections and network. Access to the directory is password-restricted and available only to those alumni and lecturers who are listed. Online access is available at oe.cd/nea-isnl-alum. If you wish to update your contact information or to be included in the directory, please e-mail .

The Management Board for the Development, Application and Validation of Nuclear Data and Codes (MBDAV) held its biannual meeting on 11‑12 June 2018 with 20 participants from 13 countries and two international organisations. Through intensive and constructive discussion, the Board made several important decisions for the evolution of the services provided by the NEA Data Bank. These include i) the introduction of a new, single‑user licensing system for the dissemination of computer codes, and ii) the establishment of a new activity dedicated to the advisory function of computer code validation. Further details on these proposals and their implementation plans will be presented and discussed at the MBDAV Bureau meeting in April 2019. Participating members also agreed to organise a Joint Evaluated Fission and Fusion (JEFF) Nuclear Data Library stakeholders meeting in early 2019 in order to obtain input from the end‑users of JEFF in preparation for the next development phase of JEFF for 2018‑2021.