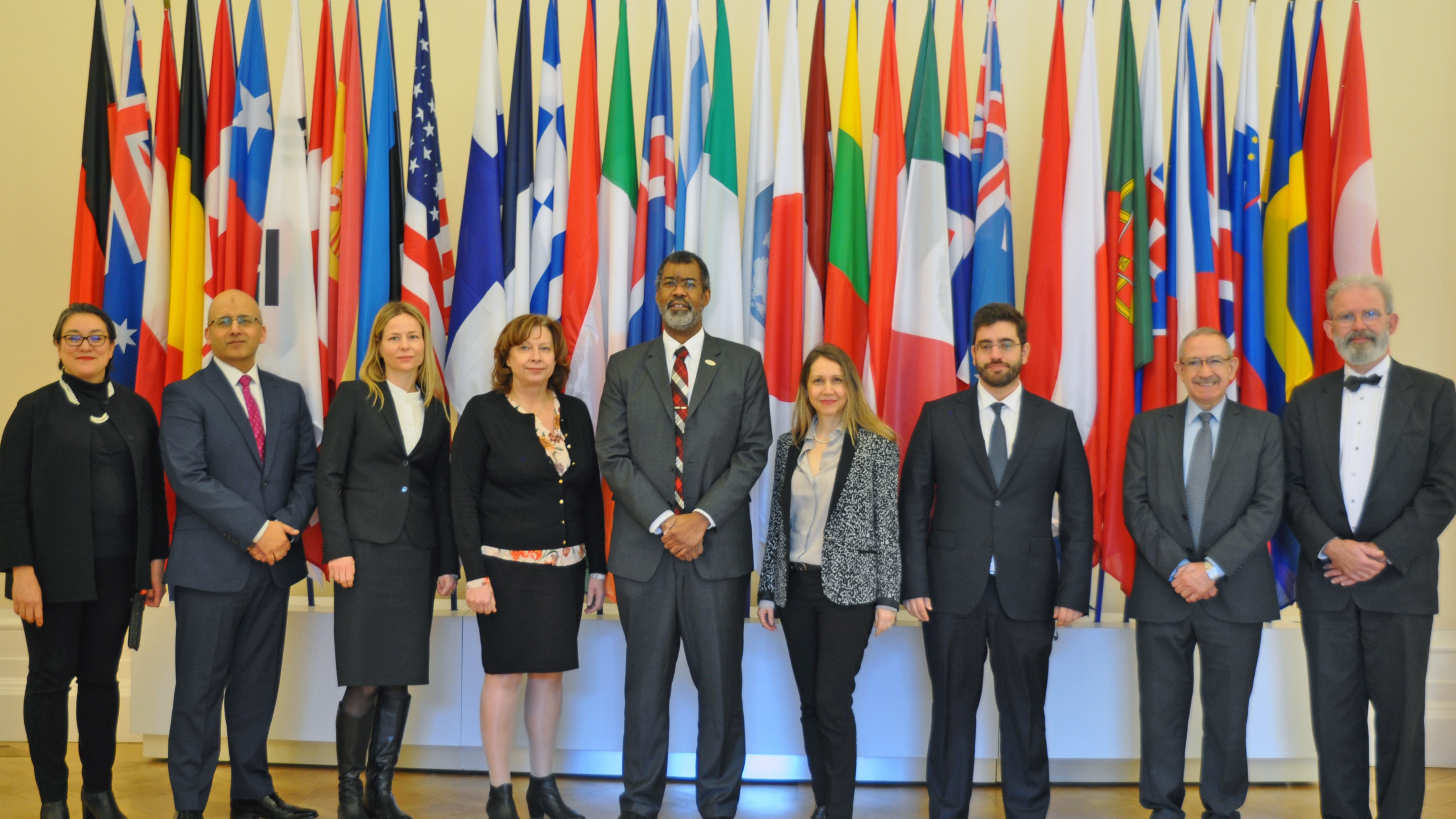 The Security Control Convention and its Protocol on the Tribunal came into force on 22 July 1959 and the first judges were appointed on 1 January 1960.

The European Nuclear Energy Tribunal was initially established to settle disputes arising out of the implementation of the security control mechanism, designed to prevent the proliferation of nuclear weapons under the Security Control Convention. The Tribunal’s competence was later extended to the settlement of disputes arising between Contracting Parties to the Paris Convention on Third Party Liability in the Field of Nuclear Energy of 29 July 1960 as amended (hereafter the "Paris Convention") and the Brussels Convention of 31 January 1963 Supplementary to the Paris Convention as amended (hereafter the "Brussels Supplementary Convention").

Indeed, in accordance with Articles 17 of the Paris Convention and Brussels Supplementary Convention, any dispute arising between two or more Contracting Parties concerning the interpretation or application of either Convention shall be examined by the Steering Committee for Nuclear Energy and in the absence of a friendly settlement shall, upon the request of a Contracting Party concerned, be submitted to the Tribunal. The agreement of another Party is therefore not necessary to submit a claim.

In 1976, the Steering Committee for Nuclear Energy decided to suspend the implementation of the security control mechanism, in order to avoid duplication with similar systems established under the framework of the European Atomic Energy Community (Euratom) and of the International Atomic Energy Agency [NE(76)15, NE/M(76)2]. Since then, the jurisdiction of the Tribunal has been limited to resolving differences concerning the interpretation or application of the above-mentioned Paris Convention and Brussels Supplementary Conventions.

The Tribunal is composed of seven independent judges appointed for a five-year term by the OECD Council on the basis of a system of rotation between States Parties to the Security Control Convention and to the Paris Convention and of a registrar. If the Tribunal does not include a judge of the same nationality as one of the Contracting Parties in a case under consideration, the government concerned may designate a person to sit as an additional judge in that particular case.

Decisions are binding from the date upon which they are delivered. There have been no cases submitted to the Tribunal so far.

The judges appointed by the OECD Council for the term of office commencing 1 January 2020 and ending on 31 December 2024 are:

The President of the Tribunal is Mr Francis DELAPORTE.

States Parties to the Tribunal

The seat of the European Nuclear Energy Tribunal is in Paris, France, at the OECD headquarters, pursuant to Article 7(b) of the Protocol on the Tribunal.

Functioning of the Tribunal and Rules of Procedure

At present, the functioning of the Tribunal is governed by the Security Control Convention, its Protocol on the Tribunal, the Tribunal’s Rules of Procedure and the relevant provisions of the Paris Convention and Brussels Supplementary Convention.

Acts as a bridge between the Paris and Vienna Conventions, effectively extending the benefits provided by one convention to victims in countries that have joined the other convention.