The first INEX exercise was held in 1993 to address the international community need to improve the quality and the co-ordination of emergency response systems on a regional scale, in particular in the case where countries have borders in common, and to help in seeking consensus on approaches to the management of nuclear emergencies between countries which are not necessary linked to each other with a common border or by being situated in the same region. Since the nuclear accidents at Three Mile Island in 1979 and Chernobyl in 1986, many countries had intensified their efforts in emergency planning and preparedness for nuclear accidents in the beginning of 1990s.

In June of 1989, the NEA and the Commission of the European Communities held a joint workshop on emergency planning. The workshop opened with the presentation of an NEA Survey on Emergency Planning Practices and Criteria, and covered topics such as developments concerning the basis for off-site emergency planning, surveillance, monitoring and decision making, and experience from emergency planning and response in the non-nuclear field and design of and experience from nuclear emergency exercises. Workshop participants concluded that the NEA should remain active in the area, and should promote international co-operation on off-site nuclear emergency exercises.

In 1990, the NEA Committee on Radiological Protection and Public Health (CRPPH) created the Expert Group on Emergency Exercises to address those needs. The final trigger for the establishment of INEX series was the Survey on National Practices and Lessons Learnt from Off-Site Nuclear Emergency Exercises, followed by the Workshop on Emergency Exercises in 1991. The participants of this workshop concluded that an international emergency exercise would contribute to the co-ordination of the emergency response systems used in various countries, and that an exercise which would focus on the international policy aspects of emergency arrangements should be proposed to the CRPPH. The timeline below presents the timeline of the key events related to INEX-1 exercises.

INEX-1 was divided in two stages: stage 1) the conduct of a national table-top exercise carried out in each participating country and involving key decision makers and experts responsible for emergency response matters; stage 2) participation in an international meeting of representatives from the participating countries to review the results of the table-top exercises, to share experiences, and to provide indications as to the need for further work in this area.

Between March and May 1993, 16 countries and 1 partner economy performed the exercise. The meeting to review the results took place at the OECD Headquarters, in Paris, in June 1993, thus fulfilling the charge of the CRPPH to the Expert Group on Emergency Exercises.

The INEX-1 was organised as a national table-top exercise at a fictitious country and nuclear power plant to improve transboundary communications and co-ordination. Countries could choose one of the two roles to play (accident country or neighbouring country).

The scenario specificially involved an accident at a fictitious nuclear power station, which was located in an accident country near the border of a neighbouring country. Large quantities of airborne radioactive material were released. The releases and meteorological conditions were designed to ensure that significant contamination levels and the corresponding potential for significant population exposures, would affect areas in both fictitious countries. All participating countries were, however, required to superimpose their normal emergency procedures and provisions in the scenario. To ensure that participants focused on off-site public protection issues, detailed information concerning the nature of the accident and the status of the nuclear power station were not supplied. Environmental radiation and contamination information was supplied in relatively realistic detail and in proper chronological sequence, for participants to make decisions on protective actions.

The objective of the exercise was to identify important policy issues and areas where transboundary communication and co-ordination could be improved. Important issues were the intervention levels which had been adopted by various countries, and how the implementation of countermeasures were co-ordinated, particularly in the border regions. Other issues were to:

INEX-1 mainly addressed the phases of the EPR highlighted in the chart below. 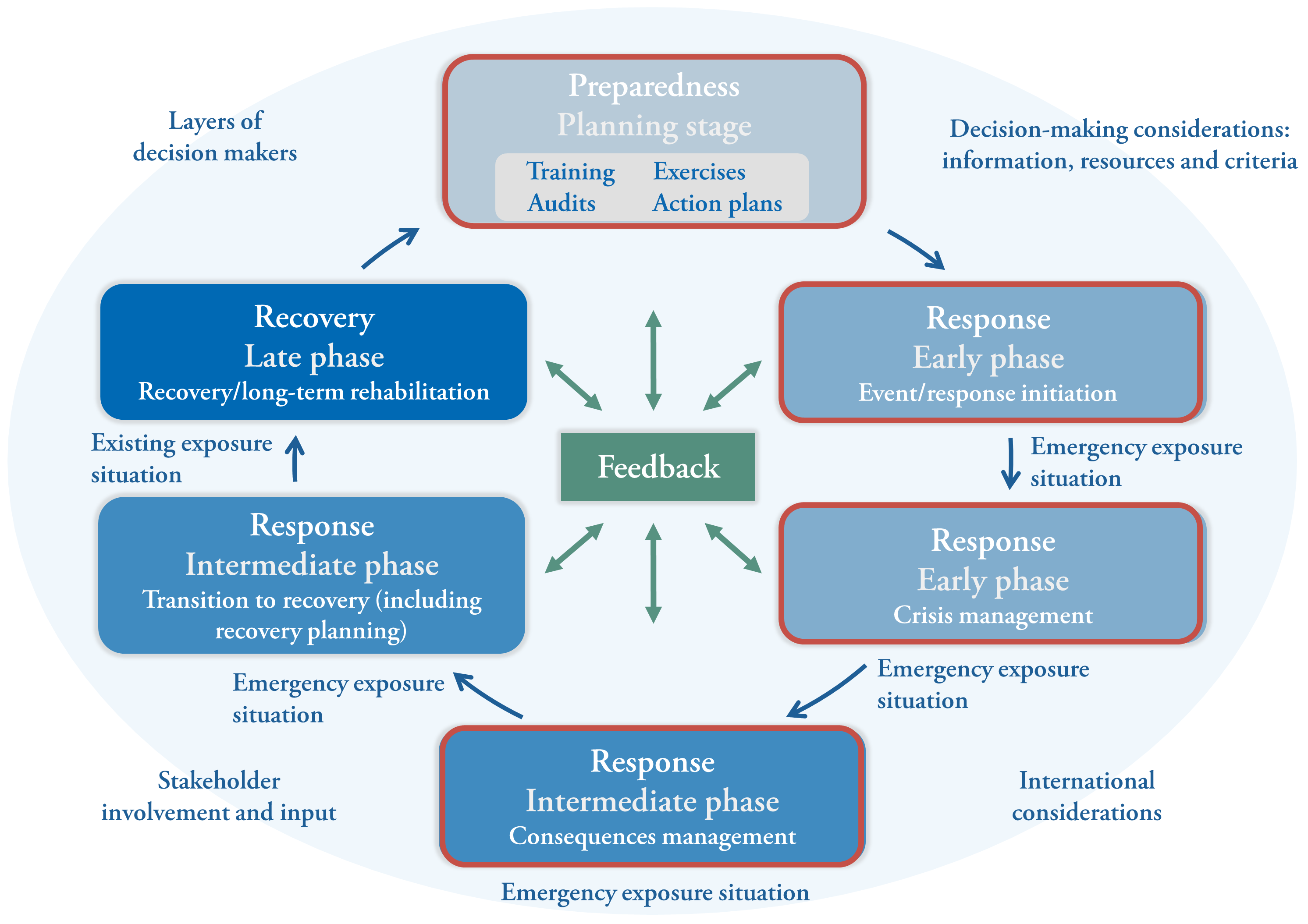 INEX-1 primarily highlighted the need for improvement of the co-ordination of communications and short-term countermeasures. Moreover, it proved the need for a more realistic exercise, which was taken into account in the organisation of the INEX-2 exercises.
The cross-border aspects of the large-scale nuclear accident simulated during INEX-1 allowed a unique comparison of the responses of the participating countries. Even in those countries with strong ties to and bilateral agreements with their neighbours, the results of
INEX-1 demonstrated that the responses in neighbouring countries may vary significantly, potentially leading to questioning by the populations involved, and perhaps to a loss of confidence in the scientists and governmental agencies responsible for the selection and implementation of protective actions. Such a loss of confidence would make the implementation of protective actions even more difficult.

The monitoring and database management aspects of emergency planning and preparedness are closely tied. This issue found its further evaluation in INEX-2 and resulted in publishing of the NEA report, Monitoring and Data Management Strategies for Nuclear Emergencies. It was further tested in INEX 2000 series.

Some general observations from the exercise on the decision making process were the following:

The detailed evaluation of the following aspects: agricultural, communication, monitoring, decision making, assistance and lessons learnt, together with the INEX-1 recommendations and general discussion may be found in the INEX-1 report.

In order to test the evolved communication and information technologies, the NEA organised the INEX 2000 exercise hosted in France at the Gravelines nuclear power plant, 22-23 May 2001. This international nuclear emergency exercise was similar to the four INEX-2 exercises as a command-post real-time notification and communication exercise, dealing with the first hours of a nuclear emergency. In addition to the new communication aspects, the exercise included for the first time an additional objective testing compensation and third party liability issues after a nuclear accident. These aspects were developed in detail in a separate workshop on Indemnification of Damage in the Event of a Nuclear Accident, on 26-28 November 2001. INEX 2000 is therefore seen as a bridging exercise between the INEX-2 series and the next generation of international nuclear emergency exercises at the Nuclear Energy Agency, focusing on decision making mechanisms in later phases of a nuclear emergency.

The INEX-2 exercise was planned as a series of regional, command-post exercises with the simultaneous real-time participation of many countries – including those from Eastern Europe and Asia – and international organisations. Between 1996 and 1999, four regional exercises all having the same objectives, were carried out based on realistic scenarios at nuclear power plants in Switzerland (November 1996), Finland (April 1997), Hungary (November 1998) and Canada (April 1999). 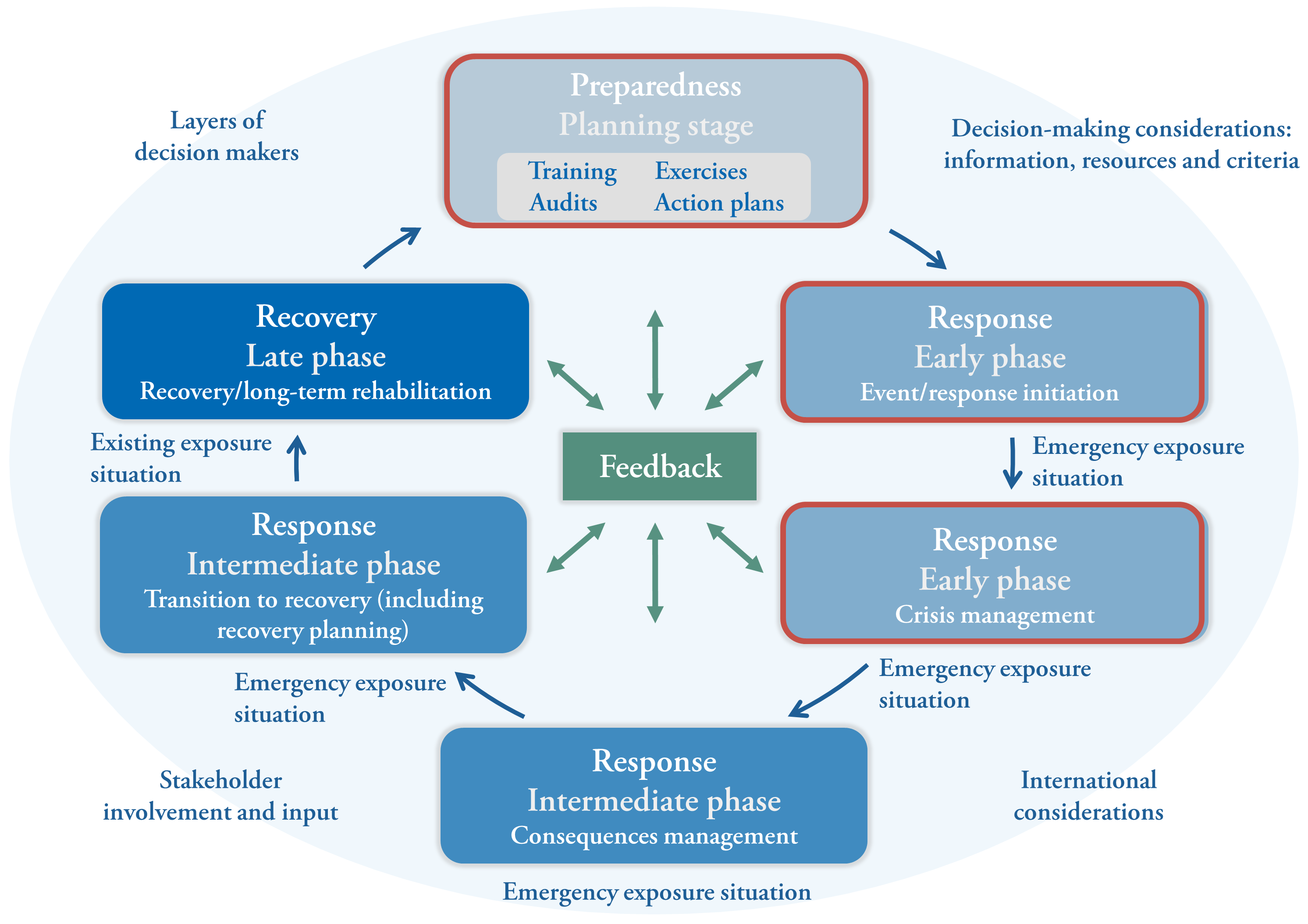 Despite the significant advances made in early phase emergency management as a result of INEX series, longer-term consequence management has remained a difficult challenge for emergency managers. In order to address the desire of NEA member countries to better prepare for the later phase response to a nuclear or radiological emergency, the NEA began development of the INEX-3 consequence management exercises. In order to assist in the development and organisation of the INEX-3 exercise series based on this general guidance, the WPNEM created in 2003 the INEX-3 Preparation Group.

The INEX-4 exercise was designed to allow participants to investigate the national and, in some cases, international arrangements for responding to widespread radiological contamination of the urban environment from a radiological dispersal devise (or a dirty bomb), and the consequence management issues likely to be raised in the medium to longer term after such an event.

The INEX-5 exercises series were developed in 2013-2014 and were conducted between September 2015 and June 2016. The preliminary analysis of the INEX-5 evaluation questionnaires, as well as details of national exercise conduction, were presented to the WPNEM and the INEX-5 national co-ordinators during a topical session on 24-25 January 2017. The NEA's post-INEX-5 international evaluation workshop will be held in October 2017 at the NEA in Boulogne-Billancourt, France. 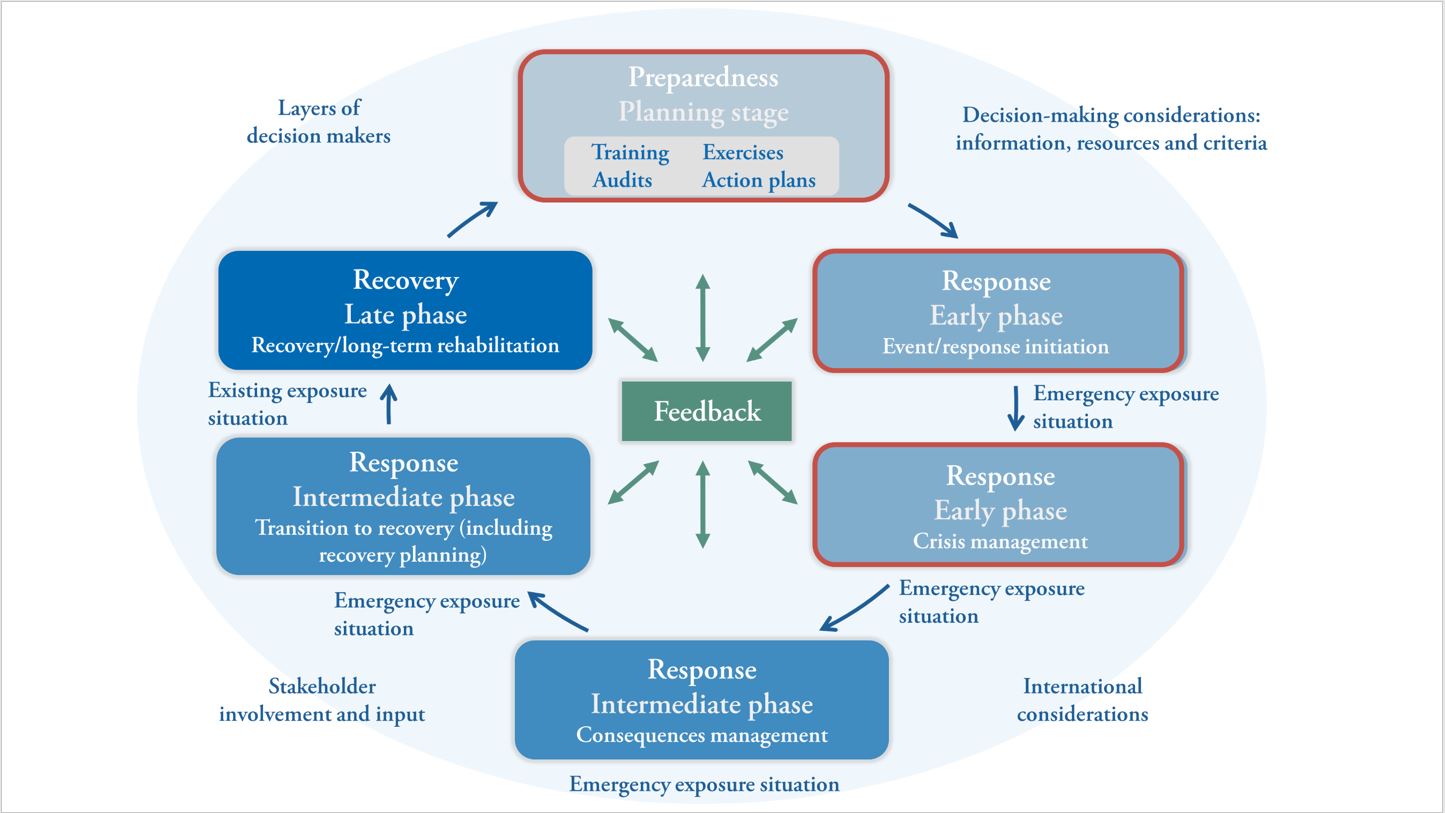