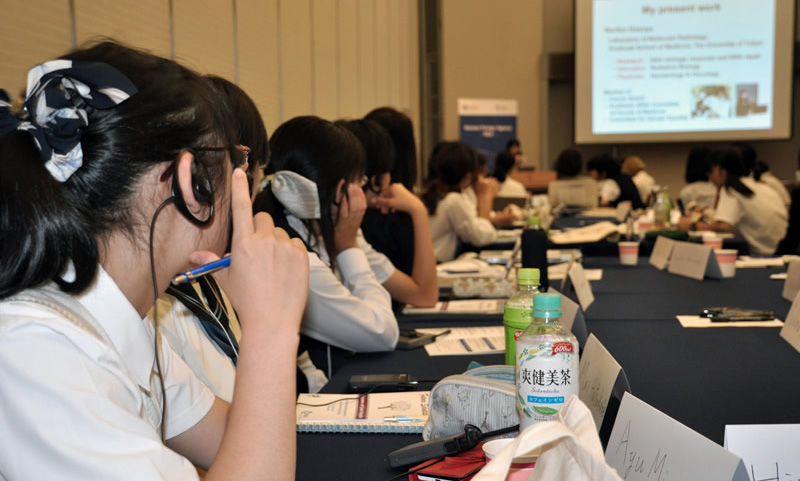 Despite many efforts and progress over the past decades, women remain underrepresented in executive positions in science, technology, engineering and mathematics. Female students tend to do very well in math and science early in their academic careers, but often decide on career paths in other fields, such as humanities, the arts and education. In 2012 only 14% of women entering university for the first time chose to go into science and technology/engineering fields, compared to 39% of men. Although opportunities for women in the science and technology/engineering fields exist, there is still a wide gender gap in the workforces of those fields and women professionals in many parts of the world continue to face difficulties. In fact, there are almost four times as many boys as girls who expect to be employed in engineering and computing in OECD countries.

Many countries are working to close the gender gap and to develop policies to reverse this trend. A prime example is Japan, where Prime Minister Shinzō Abe  made enhancing the role of women in the economy a national priority. His government aims to increase the presence of women working in science and engineering, as well as to develop policies that empower women to progress in their careers.

The Nuclear Energy Agency (NEA) encourages its membership to explore ways of attracting, recruiting and retaining women in science and technology, as well as enhancing the conditions and prospects for women and girls at every stage of their education and careers. In this regard, the NEA was pleased to work with Japan's National Institutes for Quantum and Radiological Science and Technology (QST) in co-organising a two-day workshop, which took place in conjunction with QST's first International Symposium "Quantum Life Science" on 25-26 July 2017 in Chiba, Japan.

The workshop also featured a special video address by Dr Hélène Langevin-Joliot, renowned nuclear physicist, Director of Research Emeritus of the French National Center for Scientific Research (CNRS) and granddaughter of Marie and Pierre Curie. Closing remarks were delivered by the NEA Director-General, Mr William D. Magwood, IV. The NEA and QST believed that this workshop would positively impact the lives and future of the participating students.