The True Costs of Decarbonisation Webinar 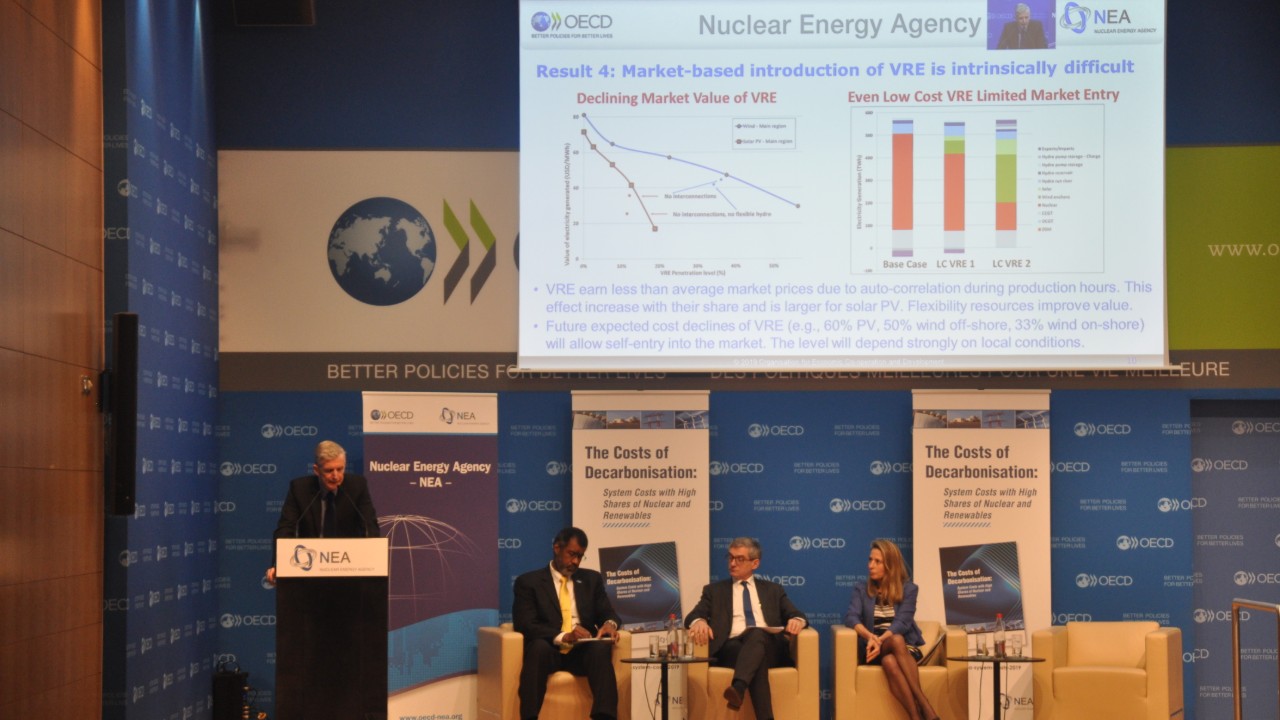 Under the Paris Agreement, countries agreed to aim for a reduction of their greenhouse gas emissions sufficient to hold the increase in the global average temperature to well below 2°C above pre‑industrial levels. This commitment requires a massive effort to decarbonise energy and electricity generation, a radical restructuring of the electric power sector and the rapid deployment of large amounts of low‑carbon generation technologies, in particular nuclear energy and renewable energies such as wind and solar PV.

OECD Secretary‑General Angel Gurría, NEA Director‑General William D. Magwood, IV, and Jan Horst Keppler, Senior Economic Advisor at the NEA, will provide a briefing on the key findings of the forthcoming report. They will then be joined by Bernard Salha, Director of R&D at Électricité de France and Sama Bilbao y León, Head, Division of Nuclear Technology Development and Economics at the NEA for a discussion of the importance of system costs in assessing the overall costs of the energy transitions under way, which almost invariably include commitments to high shares of variable generation.

15.87 MB
Executive Summary of The Costs of Decarbonisation: System Costs with High Shares of Nuclear and Renewables

2.8 MB
The System Costs of Electricity: Reflecting the true costs of decarbonisation