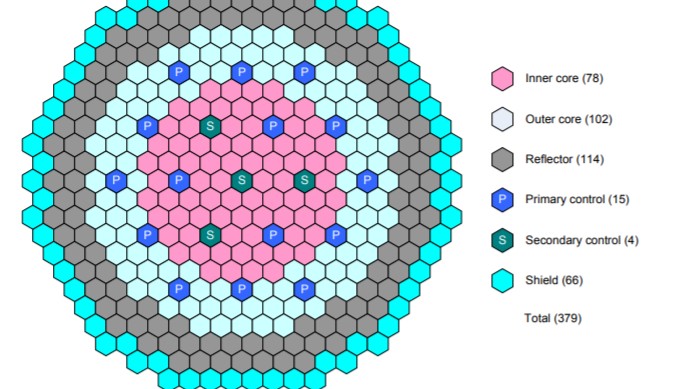 Sodium-cooled fast reactors are the most promising type of reactors to achieve Generation IV (Gen IV) nuclear reactor goals at a reasonable time scale given the accumulated experience over the years. However, it is recognised that new regulations and safety rules as they exist worldwide are requiring improved safety performance. In particular, one of the foremost Generation IV International Forum (GIF) objectives is to design cores that can passively avoid core damage when the control rods fail to scram in response to postulated accident initiators (e.g. inadvertent reactivity insertion or loss of coolant flow). The analysis of such unprotected transients depends primarily on the physical properties of the fuel and the reactivity feedback coefficients of the core.

The Sodium-cooled Fast Reactor (SFR) Benchmark Task Force was formed under the Working Party on Scientific Issues and Uncertainty Analysis of Reactor Systems (WPRS) Expert Group on Reactor Physics and Advanced Nuclear Systems (EGRPANS). The mandate was proposed to work towards a shared analysis of the feedback and transient behaviour of next generation sodium-cooled fast reactor concepts.

A step-by-step analysis approach was proposed:

The data were mainly geometry and materials definitions that enable neutronics characterisation of the cores for both equilibrium beginning and end of cycle states. No thermal-hydraulic data were provided.