Welcoming Bulgaria to the NEA 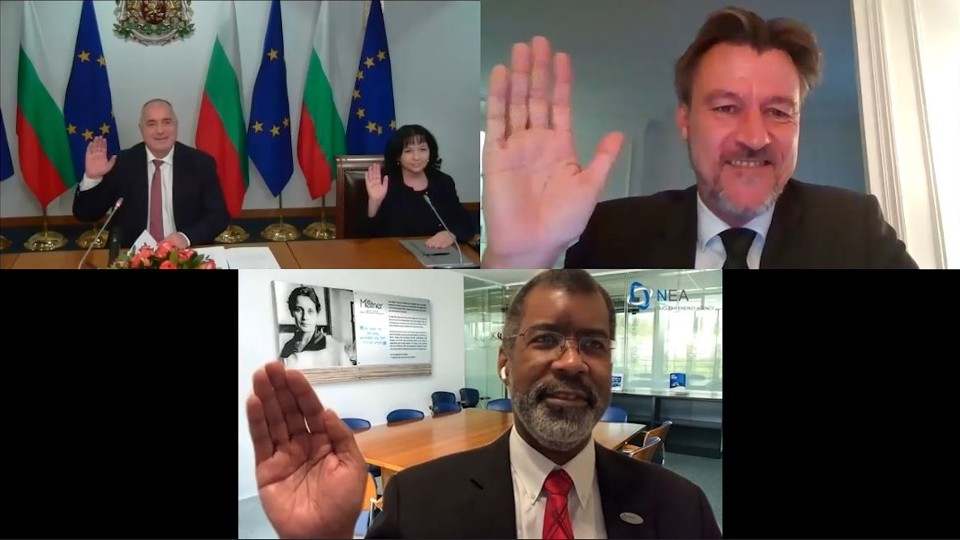 On 1 January 2021, Bulgaria became the 34th member of the OECD Nuclear Energy Agency (NEA) and its Data Bank. On the occasion of this accession, a special ceremony was held online today to welcome Bulgaria to the NEA.

“Nuclear power is one of the opportunities to tackle the challenges of climate change and ensure energy security,” Prime Minister Borissov said during his remarks. “With its development, Bulgarian citizens have at their disposal secure energy at affordable prices.”

Bulgaria currently has one nuclear power plant at Kozloduy with two VVER units, as well as ongoing plans to build a new unit at the Kozloduy site and two more units at the Belene site. During her remarks, Minister Petkova underlined that the expanded use of nuclear power is a strategic priority for Bulgaria, supporting the country’s efforts to enhance energy security while reducing greenhouse gas emissions.

“Bulgaria, which obtains about one-third of its electricity from nuclear, is an active player in the global nuclear energy field,” OECD Secretary-General Gurría noted in a video statement. “This accession to the NEA acknowledges Bulgaria’s significant efforts to implement the highest standards in their nuclear energy policies and programmes. It recognises that you share the values of NEA membership, responding to growing energy needs, while ensuring security and safety and addressing climate change.”

OECD Deputy Secretary-General Knudsen reiterated Gurría’s comments: “The NEA accession process has also revealed that Bulgaria shares the same values as all NEA member countries: a continuous improvement mind-set and a like-minded approach to answering the energy needs of utmost importance in our modern societies.”

Both speakers congratulated Bulgaria and the NEA on the efficiency of the accession process which took just 14 months and included a fact-finding mission to Bulgaria undertaken by the NEA in January 2020. They also highlighted the mutual benefits the accession will bring to both Bulgaria and the NEA membership. With several decades of VVER experience, Bulgaria will reinforce the NEA’s capacity to address matters related to pressurised water reactor technologies and their operational characteristics. At the same time, the NEA will support Bulgaria’s efforts in many technical and policy areas such as work to address nuclear skills capacity building needs.

“Now Bulgaria adds its expertise to that of our existing member countries at a time when we face great uncertainty about what energy will look like 10 years from now, 20 years from now as we go forward with the clean energy transition,” said NEA Director-General Magwood. “There is a very lively discussion within the NEA community about what the role of nuclear will be in the long-term future and what the challenges are. Bulgaria’s perspective will be very important.”

“I am confident that the co-operation between Bulgaria and the NEA will significantly contribute to achieving clean and reliable energy future, in which nuclear power plays an important role,” added Prime Minister Borissov.

The NEA looks forward to continue strengthening its engagement with Bulgaria and collaborating on nuclear skills capacity building, the development and application of nuclear data and simulation codes, as well as many issues related to radioactive waste management, decommissioning and nuclear economics. 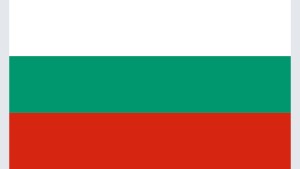 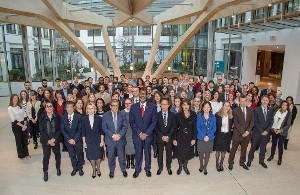