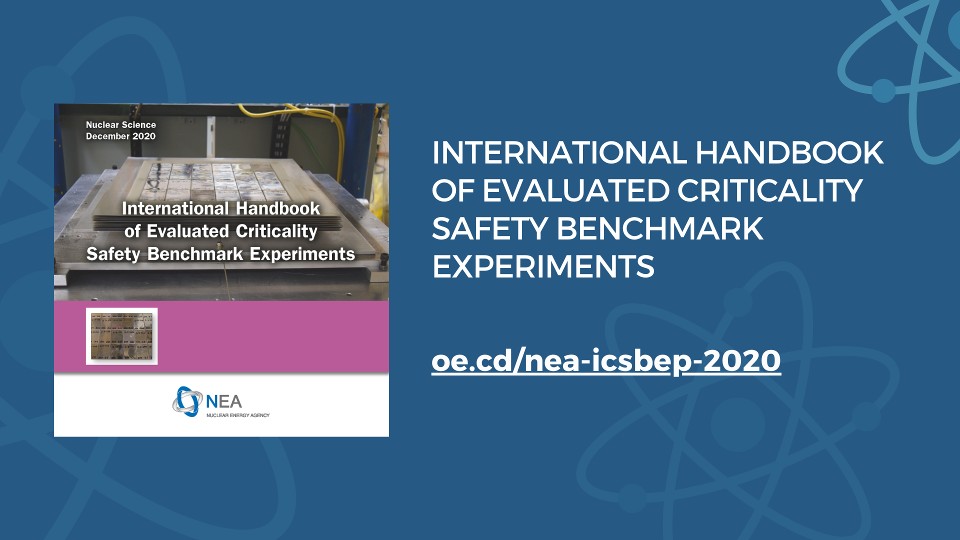 New to the handbook in this edition are the first experiments from the Thermal/Epithermal eXperiments (TEX) programme that were performed at the National Critical Experiments Research Center (NCERC) in the United States.

Together with the NEA International Handbook of Evaluated Reactor Physics Benchmark Experiments (IRPhE), the ICSBEP handbook has been recognised as an international standard for the conversion of raw experimental data into high-fidelity benchmarks. Over the past decades, both handbooks have enabled the nuclear community to enhance the validation of basic nuclear data and simulation tools. Together they serve as a gold standard for other databases such as the Spent Fuel Isotopic Composition (SFCOMPO) and Shielding Integral Benchmark Archive and Database (SINBAD), co-sponsored by the NEA and the Radiation Safety Information Computational Center (RSICC).

The 2020 edition of the ICSBEP handbook is currently available by download only and physical DVDs will be available in February 2020. Requests to obtain the DVD or online access should be made by completing the online Handbook Request Form.