The Generation IV International Forum (GIF) held its semi-annual Policy Group meetings from 18 to 28 October 2021 to review and discuss its ongoing work and activities.

In light of the role nuclear energy is expected to play in a worldwide net-zero scenario, the GIF chair sent a letter to the COP26 President Alok Sharma to underline that the GIF stands ready to  contribute as a potential technical and financial partner in this endeavour. The key priorities of GIF in the near term focus on accelerating the readiness of fourth generation nuclear systems to meet net-zero targets. In this context, the Forum plans to work on supporting the transition from research and development to demonstration and deployment of Generation IV reactor systems, as well as on supporting initiatives that aim to develop a talent pipeline to run those systems.

The Forum also plans to strengthen its relationship with the nuclear industry with a new policy statement to serve as a framework. Furthermore, a GIF Forum with industry is scheduled to take place at the end of 2022.

Among the decisions taken at the October meeting, the Forum members also agreed to create a cross-cutting task force dedicated to the non-electric applications of nuclear heat, including district and industrial heat applications, desalination and large-scale hydrogen production.

Finally, the group thanked its outgoing Chair Hideki Kamide of the Japan Atomic Energy Agency (JAEA) and acknowledged the notable accomplishments of the past three years under his leadership. Alice Caponiti, Deputy Assistant Secretary for Reactor Fleet and Advanced Reactor Deployment in the Office of Nuclear Energy at the United States Department of Energy was appointed as the new GIF Chair.

The NEA serves as Technical Secretariat to GIF, which promotes international collaboration for the research and development of six types of Generation IV reactor systems. 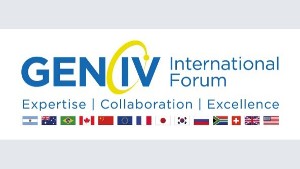 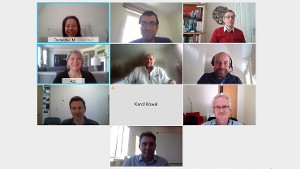 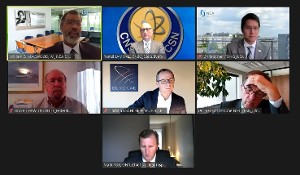