NEST Framework: A year in review 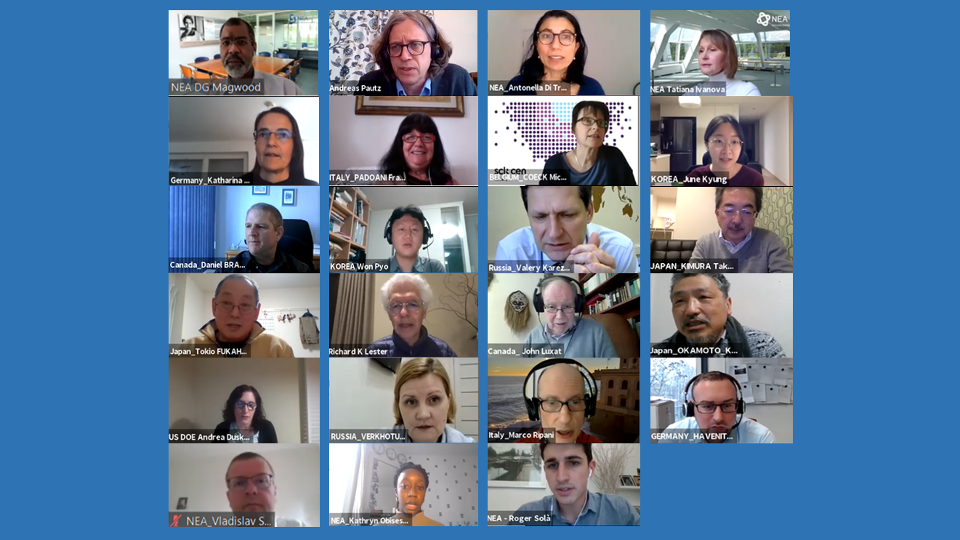 Despite the impact of the ongoing COVID-19 pandemic, the work of the Nuclear Education, Skills and Technology (NEST) Framework continued throughout 2021. Now recognised as one of the main instruments to develop and train the next generation of nuclear leaders and subject matter experts, the NEST Framework was established to create a talent pipeline from universities to research organisations, to industry, and beyond.

Throughout 2021 the six NEST projects initiated online activities to continue providing education and training to students and young nuclear professionals.

Over 80 NEST Fellows have participated in virtual activities since the initiative first started in 2019 – in particular in the NEST Small Modular Reactors (SMR) Project, led by McMaster University. During 2021 the NEST SMR Project hosted a SMR Prize Competition, building on the success of its 2020 Hackathon. Students from organisations and countries participating in the NEST SMR project undertook two months of extensive virtual training, at the end of which they competed in teams of four to develop ideas for the deployment of SMRs based on case studies. The resulting proposals were presented to an international jury, who awarded the project “HyPR: Heat for Hydrogen” first prize.

The NEST Advanced remote technology and robotics for decommissioning (ARTERD) Project, led by JAEA/CLADS and the University of Tokyo organised two online seminars in September and October 2021 for a number of Fellows from their participating organisations on decommissioning under intense gamma-ray radiation environments (e.g. robotics, virtual reality).

A series of interviews, Insights from the NEST Framework, was instituted to share the experiences of NEST fellows, mentors and project leaders. As part of the series, interviews with Todd Allen, Stephen King, Koji Okamoto, Larissa Shasko and Lea Zimmermann were all published over the course of 2021.

The NEST Framework was presented at several major international events including a dedicated session during the American Nuclear Society Conference on Nuclear Training and Education (CONTE 2021) in February 2021, as well as through a NEA WebChat with Fellows Larissa Shasko and Stephen King held in April 2021. Additionally, the NEST Strategic Report on Gender Balance highlighting the commitment of the NEST Framework to drive gender balance policies at all levels, was released in March.

Strengthening links and co-operation with external partners and stakeholders has been one of the objectives of the NEST Framework from the very start. The NEST Management Board (MB) members also welcomed increased co-operation and synergies with education and training activities with international partners, such as the NEA Global Forum on Nuclear Education, Science, Technology and Policy, the IAEA, the EC Joint Research Centre (JRC) and the European Nuclear Education Network (ENEN).

The NEST Management Board continued the progress in the implementation and development of the framework, providing continuous support in the NEST projects and activities, in policy and strategic discussions on the enlargement of the Framework, and engaging and promoting the Framework with external partners and stakeholders. The fourth Management Board Meeting was  held virtually in March 2021, during which Andreas Pautz, from Paul Scherrer Institute (PSI) was re-elected to serve an additional two years as NEST Chair. 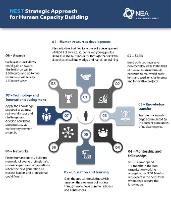