The role of nuclear energy in clean hydrogen production 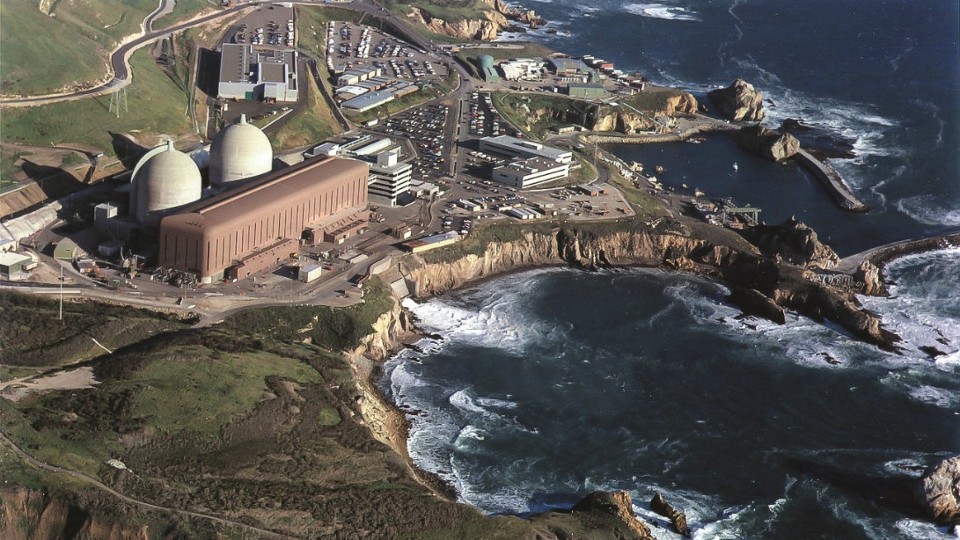 This article is part of the Nuclear-Hydrogen Digest: Nuclear Energy in the Hydrogen Economy, compiled and edited by the NEA in partnership with the Nuclear Energy Institute, the Idaho National Laboratory and the Emirates Nuclear Energy Corporation, and with the support of NICE Future and Hydrogen Initiative government and non-government members from Canada, Finland, France, Japan, Korea, the UAE, the UK, the US, and the International Atomic Energy Agency (IAEA).

By 2035 the world will require millions of tons of clean hydrogen. But hydrogen can only fully contribute to deep decarbonisation if it is produced from low-carbon energy sources and if there is enough low-carbon electricity generation to produce it after meeting other priorities such as the direct electrification of the transport sector.

In the short term (by 2030), hydrogen can be produced through a process called “water electrolysis” which, as its name implies, requires inputs of water and electricity. Hydrogen from water electrolysis is only low-carbon if it uses electricity from wind, solar PV, hydropower or nuclear power.

In the medium term, new innovations are expected that will also allow hydrogen to be produced in different and more efficient ways, including from fossil fuels coupled with carbon capture, and advanced nuclear technologies such as next generation small modular reactors (SMRs). These advanced nuclear technologies will use significantly higher temperatures (>700°C) to produce hydrogen efficiently through thermo-chemical processes that will require inputs of water and heat.

For hydrogen to contribute to deep decarbonisation, it must be produced from either renewables or nuclear energy. Hydrogen produced from Steam Methane Reforming – even if coupled with carbon capture – may never contribute to deep decarbonisation because it requires methane as an input, which is 25-85 times more potent than carbon dioxide as a greenhouse gas.

This decade must be one of climate action for the world to be on track to meet the objectives of the Paris Agreement. A new energy paradigm is emerging that will require massive production of clean electricity, heat and hydrogen. For several decades, nuclear has been a competitive, reliable and dispatchable source of electricity. Building on this solid track record, nuclear energy has the potential to play a vital role in future low-carbon energy mixes where it will deliver a range of new products and services, including large scale production of low-carbon hydrogen.

The latest NEA report The Role of Nuclear Power in the Hydrogen Economy: Cost and Competitiveness details the economics of hydrogen production and delivery from water electrolysis in the 2035 timeframe. It finds: 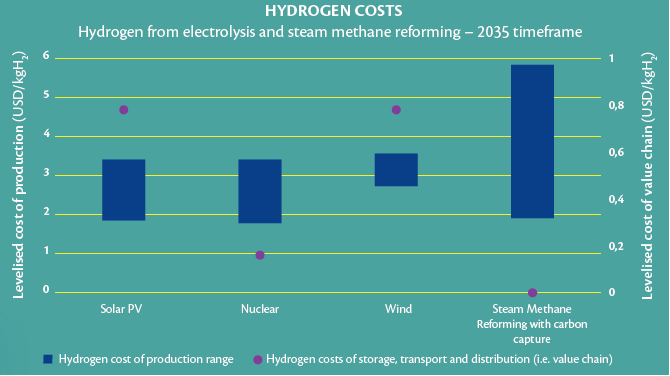 Low-carbon hydrogen still faces many challenges and requires research, development and at-scale demonstration using nuclear and other sources of clean power. Future energy systems will be more complex, relying on various sources of clean power and clean heat to meet growing and diverse needs across all sectors of the economy. System level thinking is needed to ensure that integrated and hybrid energy systems combine variable (e.g. solar and wind) and firm sources (e.g. hydro and nuclear) of energy to provide heat and power when and where it’s needed. System level thinking is also required to optimise the overall costs of the energy system. 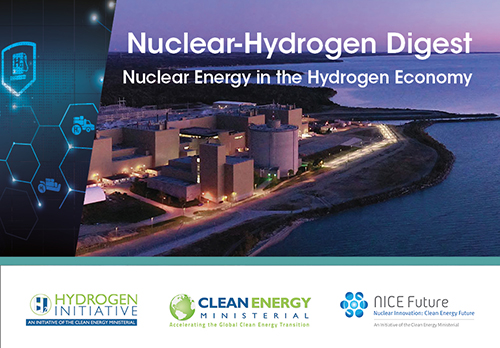